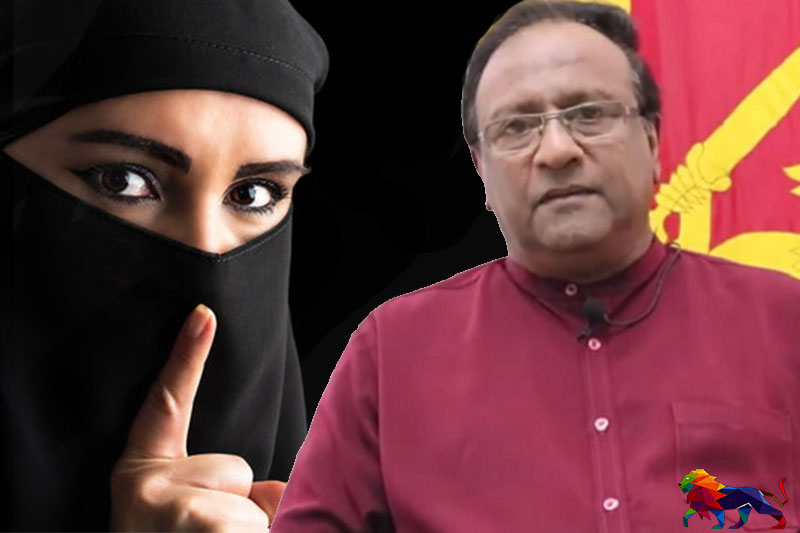 Minister of Public Security Rear Admiral (Retd.) Dr. Sarath Weerasekera has been ridiculed on social media after backtracking on the proposed move to ban the burqa after being pressured by the Pakistan Ambassador.
Weerasekera told a news conference on Saturday (13) that he had signed a paper for Cabinet approval to ban the burqa.
Saad Khattak, Pakistan’s High Commissioner to Sri Lanka, taking to Twitter said, “The likely ban on the niqab in Sri Lanka will only serve as injury to the feelings of ordinary Sri Lankan Muslims and Muslims across the globe.”
In the face of mounting criticism, Sri Lanka's Foreign Ministry said a decision had not yet been made on banning the burqa, adding that sufficient time will be taken for necessary consultations to be held and for consensus to be reached.
The reversal of the proposed move to ban the burqa was mostly criticized by pro-government social media activists. 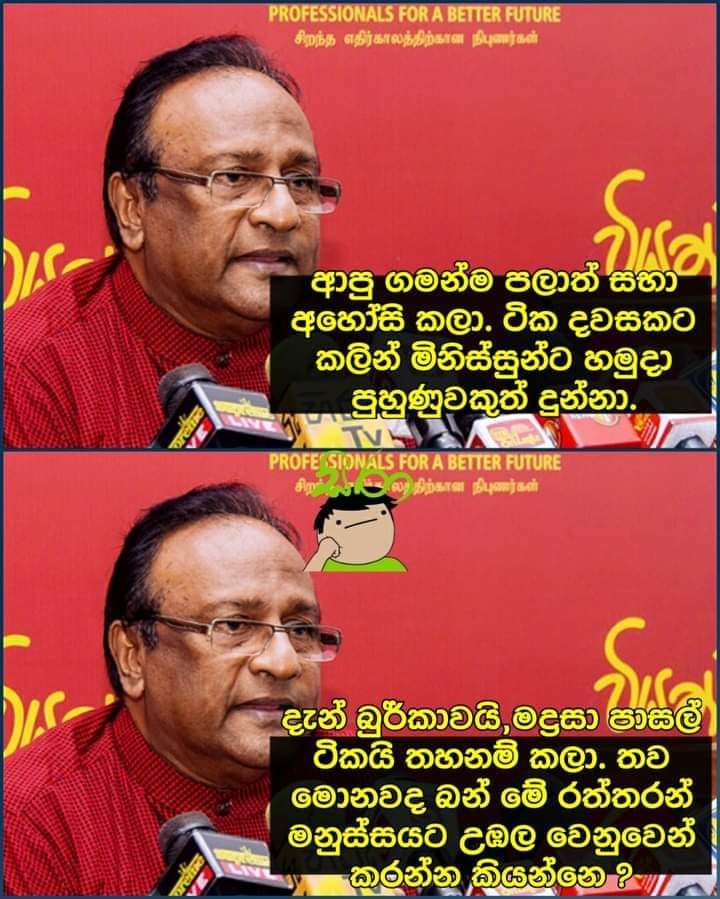 Meanwhile, Foreign Secretary Jayanath Colombage said that a call to ban the wearing of the burqa was only a proposal.