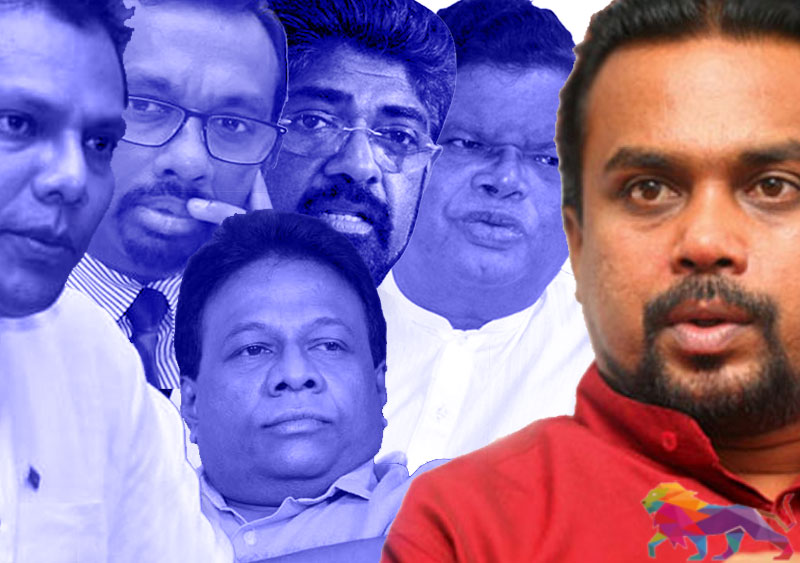 An operation has been launched to remove minister Wimal Weerawansa and the anti-Basil Rajapaksa group from the government. According to sources, the main targets of the campaign are said to be ministers Udaya Gammanpila, Vasudeva Nanayakkara and Wimal Weerawansa.

The first step of the operation is to remove certain individuals holding top posts at state media institutions who are loyal to minister Weerawansa.

The operation will expose a number of frauds related to these ministers, sources said, adding that they will also focus their attention on ministers Dullas Alahapperuma, Bandula Gunawardena, Mahindananda Aluthgamage, Keheliya Rambukwella and Dayasiri Jayasekara, who are known represent the anti-Basil Rajapaksa camp in the government.

Quoting a report on the 'Sunday Lankadeepa' newspaper, pro-government news website 'Lanka C News' reported that both Wimal Weerawansa and Udaya Gammanpila would have to leave the government coalition.

The report states that the government will have the support of the minority parties headed by Rishad Bathiudeen and Rauff Hakeem.

It also states that SLPP backbenchers have requested Prime Minister Mahinda Rajapaksa to remove minister Wimal Weerawansa from the government and to remove Udaya Gammanpila from the post of Co-Cabinet spokesman. 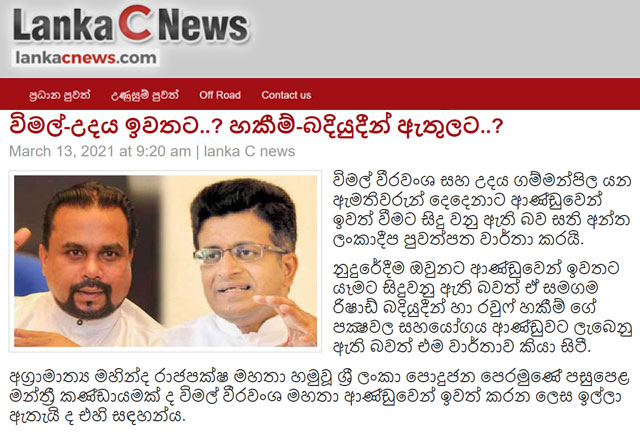 State Minister meets SJB MP
Meanwhile, a state minister from the Gampaha District has requested a SJB MP to file a complaint with the Criminal Investigation Department against National Freedom Front (NFF) leader minister Wimal Weerawansa over his comments on the Easter attack. Minister Weerawansa recently said that certain leaders of the ruling party may also be connected to the deadly terrorist attacks on Easter Sunday.

"We will expel the group including Wimal and Udaya from the government soon. If they are accommodated, the government will be finished. They stand against everything the government is doing. They should be expelled the same way Mahinda Rajapaksa expelled Mangala Samaraweera. We will lose some votes. But Rishad and Hakeem are with Basil. They wouldn't join the government now but will do so closer to the elections. Therefore, losing Wimal shouldn't be an issue. Basil will contest the next presidential election and win," the state minister said, requesting the SJB MP to support Basil's presidential bid.