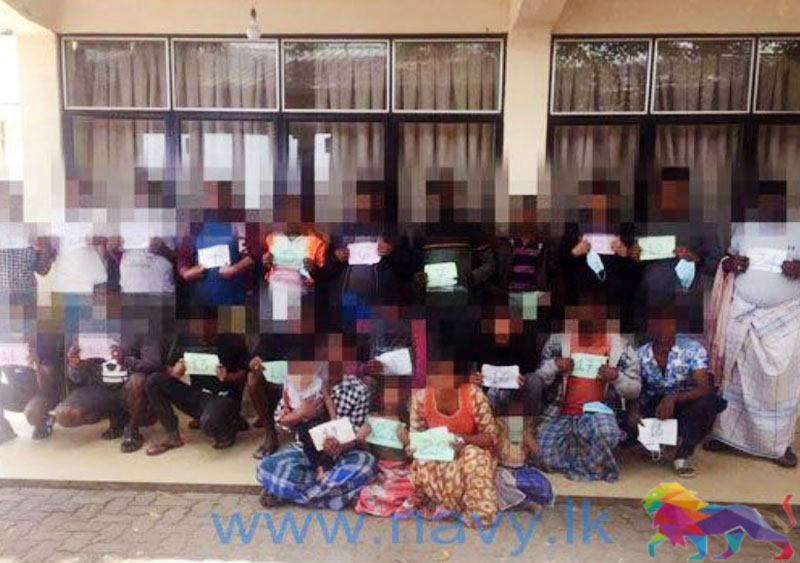 The Navy said that they were apprehended while preparing to migrate illegally from Sri Lanka to foreign countries by sea.

Having spotted a suspicious lorry parked near the Kalpitiya lagoon in Kurakkanhena area, the Northwestern Naval Command has searched the lorry and found 24 persons including the lorry driver in the vehicle. The group includes two girls and a boy. Of the 24 people arrested, 09 were identified as residents of Batticaloa, 06 from Jaffna, 05 from Mullaitivu, and 03 from Trincomalee while lorry driver was identified as a resident of Puttalam.

The group of individuals held during the operation along with their lorry were handed over to the Kalpitiya Police for onward legal action, the Navy said, adding that the person responsible for the smuggling ring could also be part of the group.

Meanwhile, the Navy said they will continue to carry out operations to curb such illegal migration attempts by sea