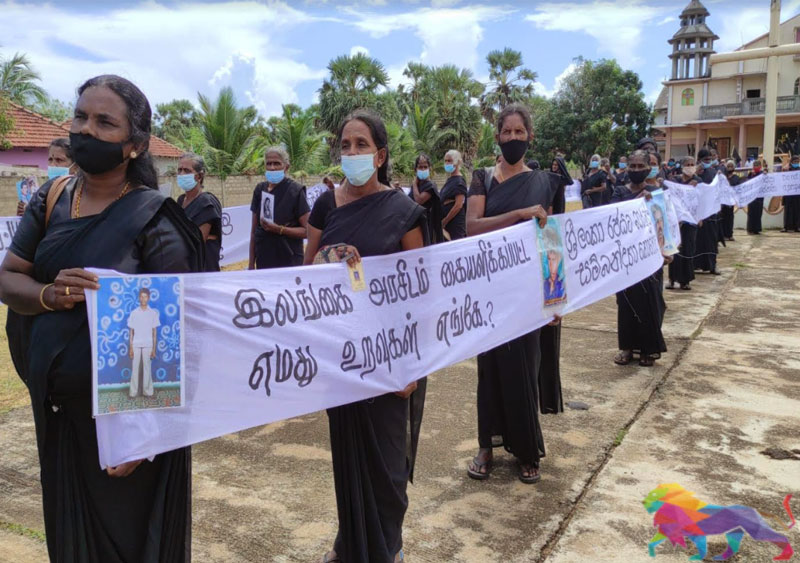 Police repression against Tamil mothers who have been protesting for years trying to find their missing family members continue unabated, Northern media reported.

A mother who led a protest on the International Women's Day to mark the fourth anniversary of the ongoing protest demanding justice for missing persons was summoned to the Mullaitivu Police on Tuesday (9) to record a statement.

The Coordinator of the Mullaitivu Association of Relations of Enforced Disappearances Mariyasuresh Eswari said that after the conclusion of the protest, a police officer had visited her office and informed her to come to the Mullaitivu Police to give a statement.

Speaking to local reporters, Eswari said that the Mullaitivu Police had recorded her statement for about an hour and a half.

Mariyasuresh Eswari said that the Police had also questioned her involvement in the 'P2P' protest, a five-day march from the Eastern town of Pottuvil to the Northern capital of Jaffna.

"They said that participating in the P2P protest was illegal, an insult to the judiciary and asked why I took part in the march when there was a court order. I informed them that I hadn't received such a court order. I told them that I didn't participate in the protest march representing my organisation but as a concerned relative of a missing person. I said that I have the freedom to go where I want. That is my right,” Eswari said. 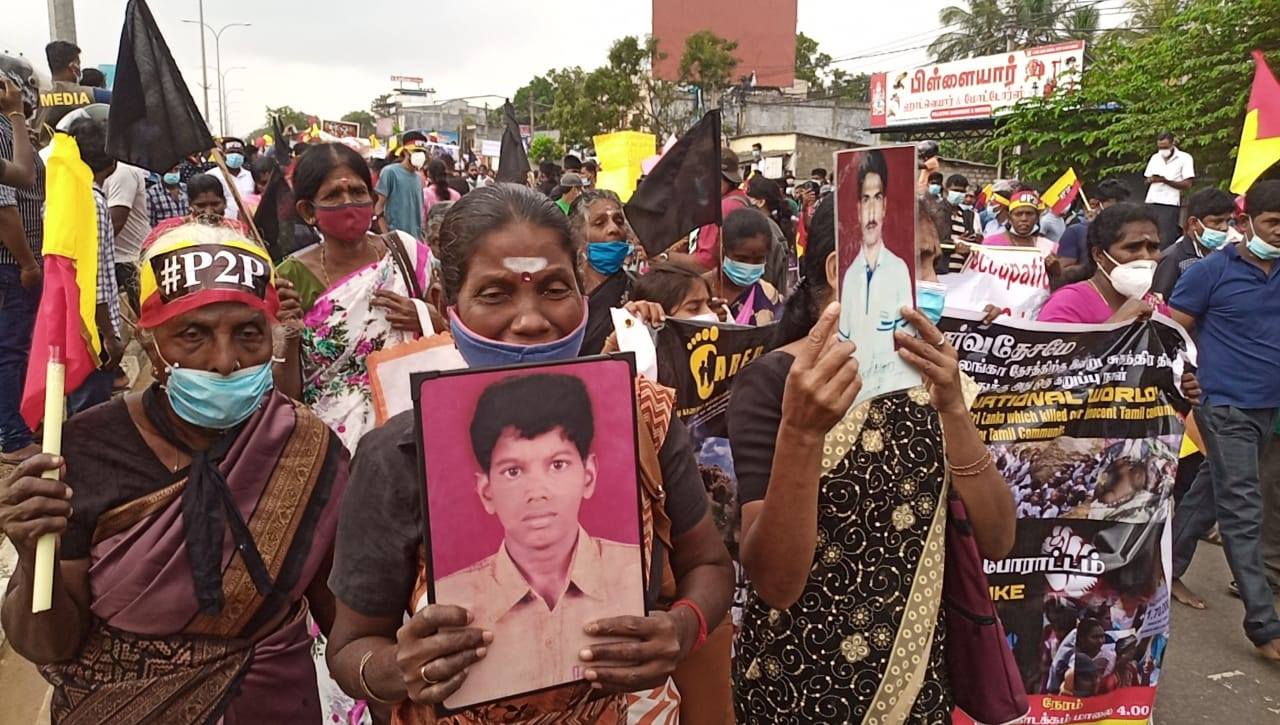 The persecution and intimidation of the mothers have intensified under the current government, civil society activists pointed out, adding that military intelligence officers routinely visit their houses warning them not to participate in protests.

Meanwhile, the Human Rights Watch (HRW) in a statement last month said that Sri Lankan security forces and intelligence agencies have intensified surveillance and threats against families of victims of enforced disappearance and activists supporting them since Gotabaya Rajapaksa became president in November 2019.

“The families of Sri Lanka’s ‘disappeared’ have spent years waiting for answers, but with the Rajapaksas back in power, security forces are threatening them to drop their demands for truth and accountability,” said Meenakshi Ganguly, South Asia director.

“The government needs to stop the harassment immediately and abide by Sri Lanka’s pledges to the UN to uncover the fate of the ‘disappeared’ and provide justice to victims’ families,” she added.

HRW said that thousands of people, primarily ethnic Tamils, are believed to have been forcibly disappeared in state custody between 2005 and 2015, when the current president was defense secretary and his brother, current Prime Minister Mahinda Rajapaksa, was president.

President Rajapaksa has resisted demands for justice, including past Sri Lankan commitments to the UN Human Rights Council, and said at a recent meeting with the UN that the “missing persons are actually dead.”