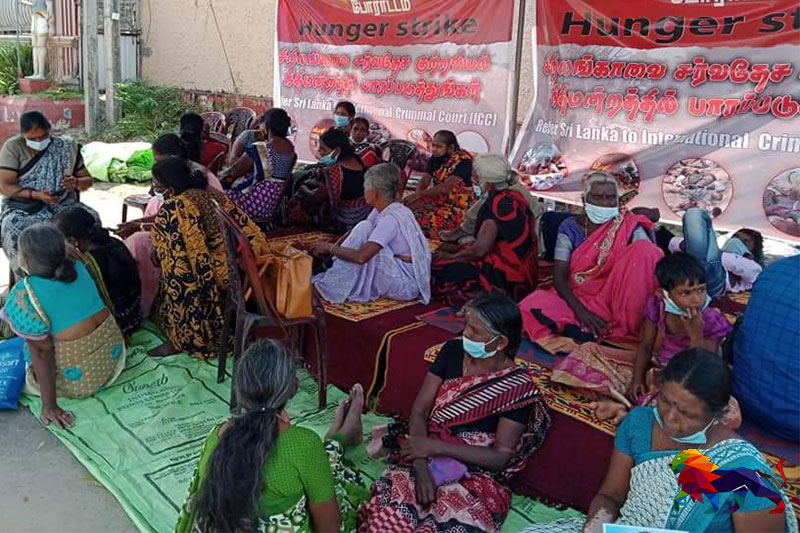 The hunger strike launched by the Tamil community to urge the international community to take the Sri Lankan government before the International Criminal Court (ICC) continues ​​in three locations in the North and East.
Religious leaders, university students and civil society activists began a hunger strike in front of the Nallur Kandaswamy Kovil in Jaffna on Sunday, February 28, demanding that all war criminals in Sri Lanka be brought before the International Criminal Court and that justice be done to the Tamil people.

While the Police attempted to prevent the fast, they later had to leave the location following the intervention of the organisers.

The fast commenced by the people of the East in front of the Mamangam Pulleyar Kovil in Batticaloa on Tuesday, March 2 continues for the sixth day today, while the fast started in front of the Draupadi Devalaya in Kalmunai, Ampara has completed five days today. 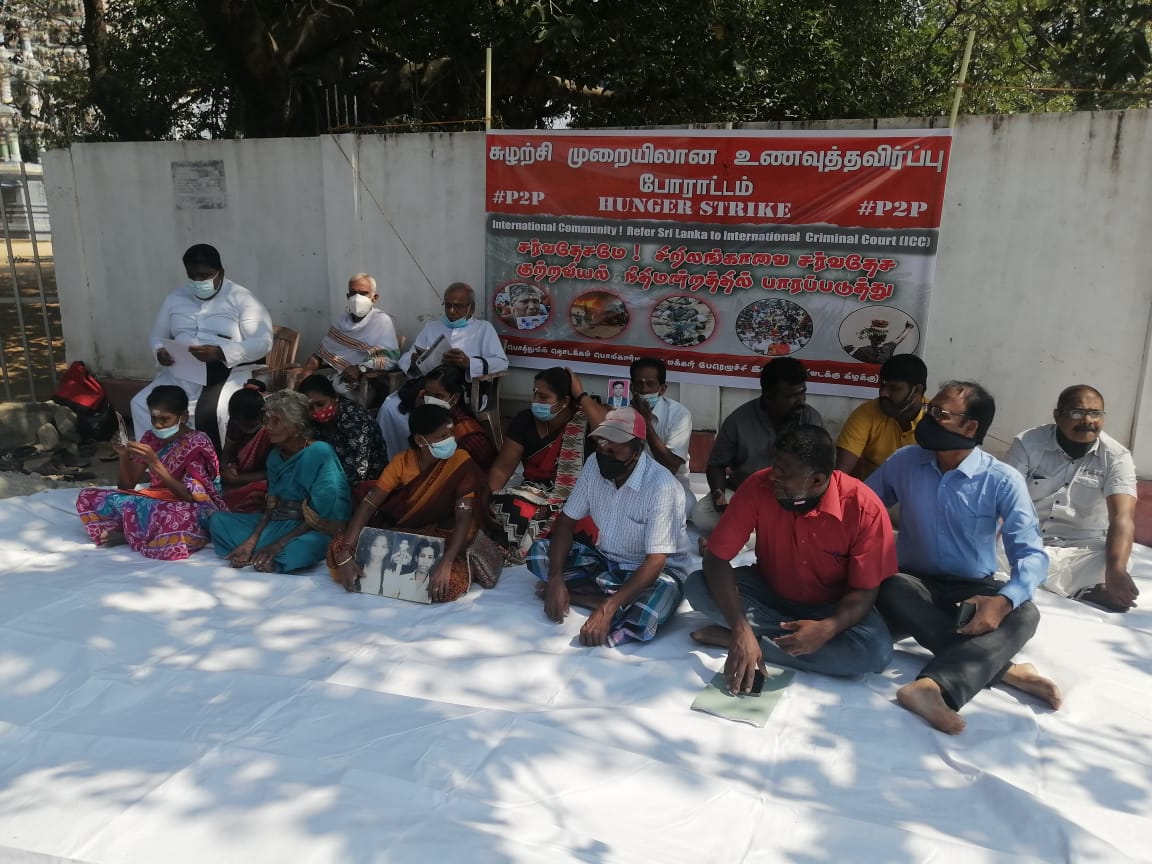 According to provincial correspondents, the Tamil people hope to continue the fast until March 23.

While the 46th session of the UN Human Rights Council (UNHRC) is currently underway in Geneva, protesters called on countries led by the UK that brought the resolution against Sri Lanka to refer Sri Lanka to the International Criminal Court.

Foremost among their demands is that justice should be done to the Tamil people in the North and East who have become victims of war crimes.

Journalists in Jaffna say that groups of university students will support the fast, which has been going on in Jaffna for more than three weeks.

At a press conference in the capital, several Sri Lankan civil society organisations recently called for all war criminals in Sri Lanka to be brought before the International Criminal Court and brought to justice.

"The time has come to take international action to bring justice to international crimes," the High Commissioner said in her 17-page report.