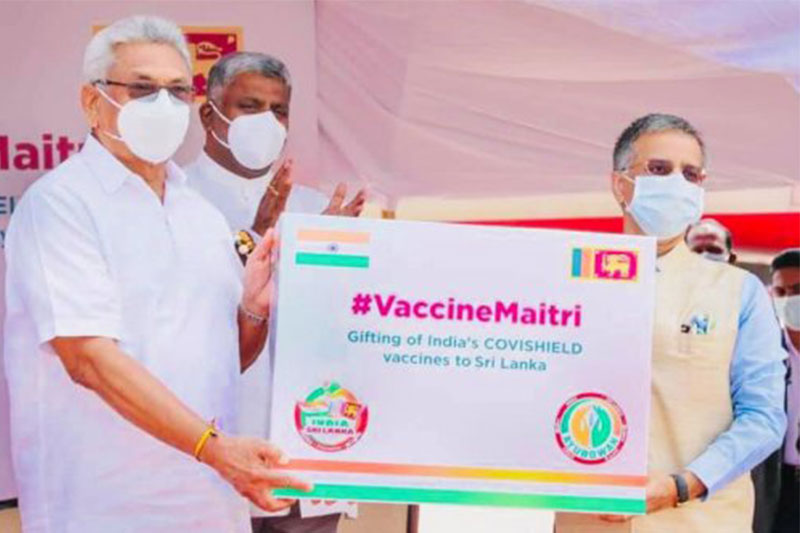 Serum Institute of India, the manufacturer of the Oxford-AstraZeneca vaccine, has informed the State Pharmaceutical Corporation that it will not be able to deliver the one million doses ordered for the vaccine to Sri Lanka on time.

Serum has informed this in a sudden letter signed by its CEO sent to the Chairman of the State Pharmaceutical Corporation, Dr. Prasanna Gunasena on March 3.

The company said it was because they have been unable to expand production capacity due to a recent fire. Serum said it would issue an "update" on the vaccine status in mid-April. Alternatively, Serum has agreed to support requests for termination of this Agreement or for a refund of the advance paid.

However, the State Pharmaceutical Corporation states that it does not believe that it will not be possible to obtain the vaccine even if its delivery dates must be rescheduled.

Sri Lanka has already paid USD 5.25 million for 1.5 million doses of the Astrazeneca vaccine. Of these, 500,000 doses were obtained in the last week of February for the community vaccination programme.

A fire at the Serum Institute of India was reported two months ago and at the time, the management said it had no effect on the Oxford-AstraZeneca vaccine manufacturing unit.

In that situation, concerns have arisen whether India has refused to provide the agreed dose of vaccine to Sri Lanka due to a diplomatic crisis.

Meanwhile, the Oxford-AstraZeneca vaccine, which arrived in Sri Lanka yesterday (07) morning under the COVAX facility, will be given priority to persons over 60 years of age in the Colombo and Gampaha districts from today (08).