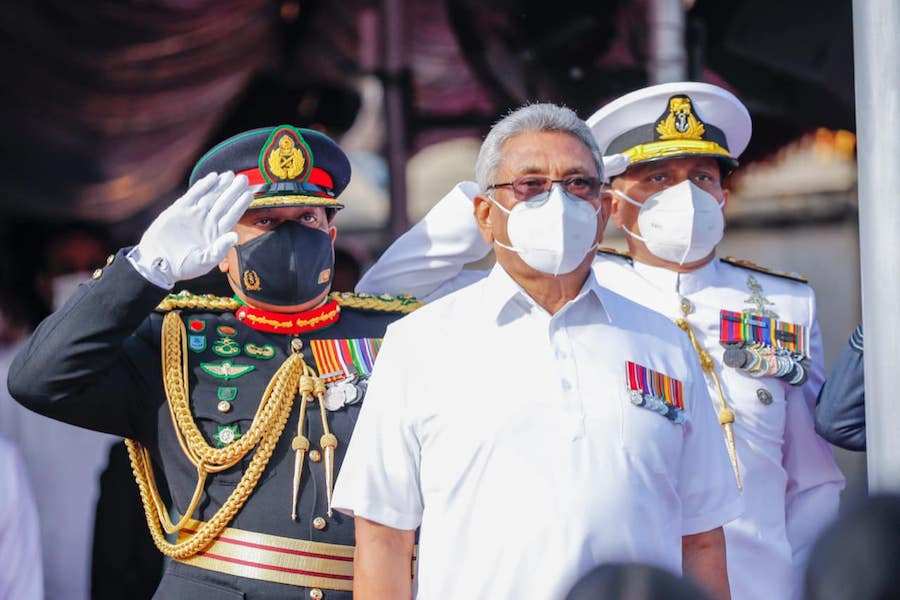 “Over the past year, the Sri Lankan government has radically transformed the country’s civic space, which is now defined by an increasing hostility and intolerance towards dissenting voices,” said David Griffiths, Director of the Office of the Secretary General at Amnesty International.

People from all walks of life have been threatened, intimidated, harassed and jailed, simply for expressing views or doing their jobs in ways that displease the authorities - David Griffiths, Director of the Office of the Secretary General at Amnesty International

“People from all walks of life have been threatened, intimidated, harassed and jailed, simply for expressing views or doing their jobs in ways that displease the authorities. The Sri Lankan government must cease this campaign against dissent and respect its obligations under international law to protect freedom of expression, peaceful assembly and association, the right to personal security, and freedom from arbitrary detention.”

Since withdrawing from the UN Human Rights Council-driven justice and reconciliation process for conflict-era crimes in February 2020, the authorities have cracked down on those pursuing justice while deliberately hindering ongoing efforts to secure justice and accountability.

Amnesty International is calling on the UN Human Rights Council to implement the recommendations of a damning report on Sri Lanka published by the UN High Commissioner for Human Rights last month, when it meets from 22 February to 23 March. This includes more robust monitoring and reporting on the human rights situation, and the collection and preservation of evidence for future prosecutions.

“The international community must not turn a blind eye to the deteriorating human rights situation in Sri Lanka, which is being abetted by the government’s regressive moves on justice and accountability. The Human Rights Council must take steps to end the cycle of impunity by holding the Sri Lankan government fully to account, and launching a new internationally agreed justice process,” said David Griffiths.

Amnesty International’s findings reveal a pattern of targeting those who have played an active role in investigating, documenting, litigating, or reporting on human rights violations and abuses, and advocating on behalf of the victims, including at least six incidents where lawyers were targeted.

The country’s draconian Prevention of Terrorism Act was used, among others, against Hejaaz Hizbullah, a prominent minority rights advocate and lawyer, who has been detained for 10 months, without a shred of evidence of wrongdoing produced before a court.

Attorney Achala Senevirathne, who appeared on behalf of families of the disappeared in an enforced disappearance case, has been threatened with violence and sexualized abuse not only on social media but also by officials accused in the case.

Criminal investigators who pursued justice for crimes under international law have also come under increased scrutiny. The former director of the Criminal Investigations Department was demoted and later arrested for allegedly fabricating evidence in a case. He remains in custody and believes he is being targeted in reprisal for leading investigations in cases of abuses allegedly committed by the armed forces.

The Human Rights Council must take steps to end the cycle of impunity by holding the Sri Lankan government fully to account, and launching a new internationally agreed justice process

Members of the military leadership that were in command during the last phase of the war, when allegations of human rights and humanitarian law violations were widespread, were rewarded with promotions and positions of power under the new administration, including civilian positions. This has had a chilling effect on victims demanding justice.

The report also details how legislative amendments brought by the government have undermined any credible avenues locally available for justice, and how President-appointed Commissions of Inquiry are attempting to reverse accountability for perpetrators of human rights violations.

The Sri Lankan government did not waste any time in introducing new instruments and techniques to muzzle dissent.

State actors have led smear campaigns against NGOs and human rights organisations, while journalists have received death threats and have been summoned for investigations and interrogations after exposing human rights abuses.

Visits by state security officials to the offices of human rights NGOs have increased over the past fourteen months.
Amnesty International recorded 18 such visits in that period, during which officials made enquiries about registration details, staff and donors’ bank details. Some staff members were even visited at their private residences.

Laws are also being misused to stifle free speech, including the International Covenant on Civil and Political Rights (ICCPR) Act, which was used to arrest and detain Ramzy Razeek for more than five months without charge or proper access to a lawyer, for a Facebook post in which he criticised the forced cremation of COVID-19 victims and called for an ideological struggle using the pen and keyboard as weapons, Amnesty International said.