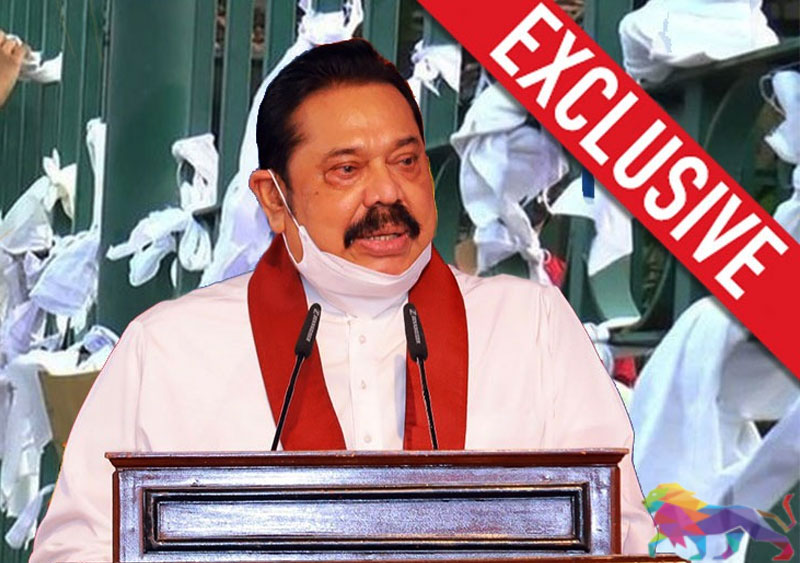 The official said this in response to an inquiry from The Leader as to whether a gazette notification had been issued to bury the bodies of those who have succumbed to the coronavirus.

The official further stated that when SJB parliamentarian S.M. Marikkar raised the issue,the Premier had only stated that 'burials are allowed' but he had never specified that the bodies of those who have been infected with Covid-19 would be allowed to be buried.

However, both foreign and local media had reported the Prime Minister's decision to allow burials of Covid-19 victims and that the Muslim MPs in Parliament had expressed their gratitude.

At a meeting of government MPs yesterday, Minister Athaullah had questioned whether the bodies of Muslim Covid-19 victims would be allowed to be buried. Prime Minister Rajapaksa had said that he will inform them after a meeting with a group of health experts.

An official from the Prime Minister's Office, however, reiterated that the government had not yet approved the burial of Covid-19 victims.

Meanwhile, extremist Sinhala Buddhist groups have strongly criticised the Prime Minister's actions, following reports in the media that the government has decided to reverse its mandatory cremation policy.

Sri Lanka's decision to allow the burial of Muslim Covid-19 victims was commended by the international community including heads of state.

“We welcome Sri Lankan PM Mahinda Rajapaksa's assurance given in Sri Lankan Parliament today allowing Muslims to bury those who died from COVID19,” he tweeted.

Another attempt at deceiving the public

Meanwhile, activist Chirantha Anthony Amerasinghe releasing a video on social media this afternoon (10) said that Mahinda Rajapaksa's statement with regard to the burial of Covid-19 victims is another attempt at deceiving the public.

"Even from the beginning, Mahinda said that burials should be allowed but it never happened. That was my point of contention which materialised today. It was the reason for my arrest. If this attempt is successful, then all is well," he said.