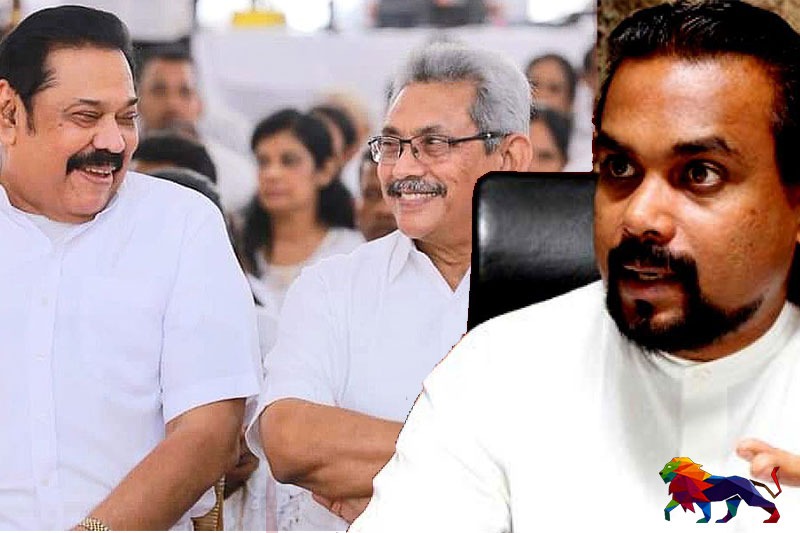 Industries Minister Wimal Weerawansa shot back at his critics today by stating that he would apologise to the nation if his endeavours to bring both Mahinda Rajapaksa and President Gotabaya Rajapaksa into power following the former's defeat at the 2015 presidential election were mistakes.
He made this statement in Negombo today (09) and added that if that were the case, he would be ready to apologise.

Minister Weerawansa said this in response to the allegations levelled by Basil loyalists over a statement given to a weekend newspaper last week.

He pointed out last week that it would be inappropriate to confine the President to the Presidential Secretariat and that he should be appointed as the Leader of the SLPP.

Meanwhile, a group of MPs including SLPP General Secretary Sagara Kariyawasam criticised Minister Weerawansa yesterday and demanded him to withdraw his statement and apologise to the nation.

The SLPP General Secretary reiterated that Minister Wimal Weerawansa has no right whatsoever to make such a statement.

Responding to these statements today in Negombo, the Minister noted that he will apologise if it was a mistake to have been one of the few individuals who had pioneered the launch of the 'Mahinda Sulanga' rallies as well as helping to elect President Gotabaya Rajapaksa.

Meanwhile, Prof. Jagath Wellawatta, the Chairman of the Sri Lanka Insurance Corporation (SLIC) and a close associate of Basil Rajapaksa, had ridiculed Minister Weerawansa on Facebook.

"Wimal is skilled orator. That is because there are no brakes when he talks. However, Wimal cannot form a platform. He always becomes the orator on a platform built by someone else. Then he uses those platforms to attack those who have created them.

It was Basil who got Wimal out of the JVP. It was Basil who made Wimal a person to be reckoned with. Wimal knows that Basil is capable of destroying him if he pleases to do so," he said.