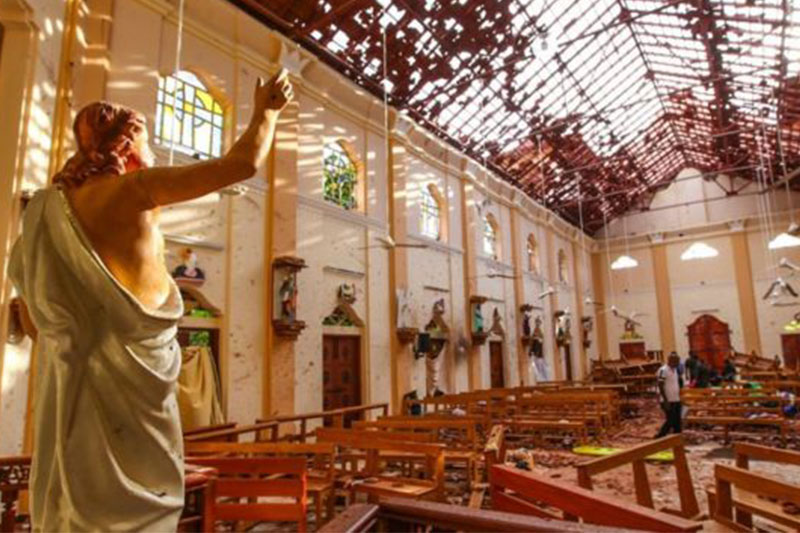 Gotabaya Rajapaksa had pledged to take action against the perpetrators of the Easter Sunday attack and the Central Bank bond scam if he were to get elected as the President.

After a year and two months since assuming office, President Gotabaya Rajapaksa, addressing the Independence Day celebrations on February 4, stressed that those responsible for planning and aiding the Easter attack would not be allowed to escape without being brought to justice.

He also vowed to punish those who were involved in the Central Bank bond scam.

"I have advised the Attorney General’s Department to swiftly act upon matters that have caused great concern to the public, such as the Easter Sunday attacks and the Central Bank scam," he said.

Who was the 'mastermind' behind the Easter attack? Who supported it?


"The leader of a terrorist group would not commit suicide'

A large number of people are currently in custody in connection with the deadly attack that claimed 267 lives and injured nearly 500 people. At least one suspect has fled to India.

Although Zahran Hashim, who executed the suicide attack on the Shangri-La Hotel, has been considered by many as the leader of the attacks, CID officers involved in the Easter attack investigations believe that he was not the mastermind.

Testifying before the Presidential Commission of Inquiry into the Easter Sunday attack, SSP Shani Abeysekera, who is currently held in custody, raised suspicions of an invisible hand behind the attacks.

Abeysekera made this observation in response to a statement made by the former Senior DIG of the Criminal Investigation Department, Ravi Seneviratne, who had also raised similar concerns.

SSP Shani Abeysekera, who functioned as the Director of the CID at the time of the Easter Sunday attack, was also the first officer tasked with conducting the investigations. 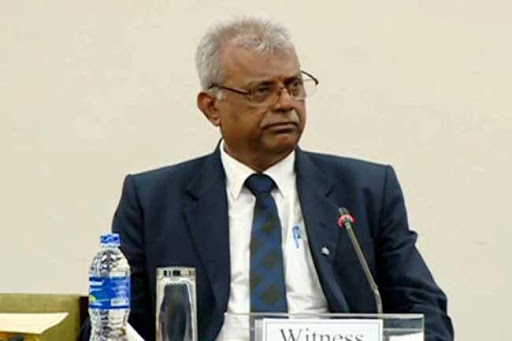 CID’s former Senior DIG Ravi Seneviratne testifying before the Presidential Commission of Inquiry (PCoI) probing the Easter Sunday attacks had noted that according to the investigation carried out by the CID, he suspected that there should be someone above the alleged mastermind Zahran Hashim. He said that until that person or group is identified, the investigations will be 'incomplete'.

Commenting on this statement, SSP Shani Abeysekera said; "There are many questions. For instance, the leader of a terrorist group has never been killed as a suicide bomber in any terrorist attack in the world. The leader directs his followers with regard to the execution of the attacks,” he said. 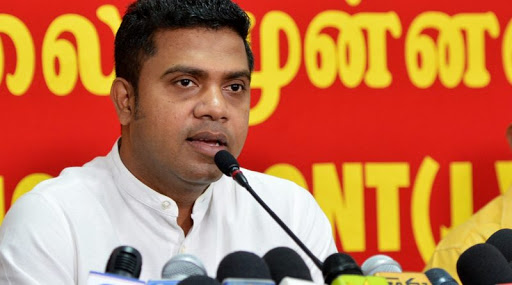 "India is behind this" - Dr. Nalinda Jayatissa

An investigation was also carried out by a Parliamentary Select Committee before the appointment of a Presidential Commission of Inquiry probing the Easter Sunday attacks.

"I believe India is behind this," former JVP parliamentarian Dr. Nalinda Jayatissa, who was also a member of the Parliamentary Select Committee, told the BBC Sinhala Service.

According to Dr. Nalinda Jayatissa, he came to this conclusion based on a number of investigative evidence, including the following:

# The first piece of information regarding an impending attack came from Indian intelligence on April 4, 2019.

# It said that the Indian High Commission in Colombo was also one of the targets.

# At that time, the Parliamentary Select Committee had inquired from the defense establishment whether India had requested for any additional security measures for the Indian High Commission and whether they had obliged to which they said 'No'.

# On April 08, 2019, the Indian defense Secretary had suddenly visited Sri Lanka for a one-day visit.

# No special security arrangements were accorded to him that day.

# Pulastini Mahendran alias Sarah Jasmine, who was the wife of the suicide bomber who had attacked the St. Sebastians Church in Katuwapitiya had fled to India. How she had escaped though remains a mystery.

# The Sri Lankan authorities were not interested in summoning her to Sri Lanka for questioning, and it seems as if India is also not too keen to extradite her.

# The police haven't questioned 'Sarah' and the Presidential Commission has shown no interest in this regard.

# The investigations into Namal Kumara's serious allegations regarding a conspiracy to assassinate President Maithripala Sirisena and Gotabaya Rajapaksa were suspended raising more questions.

# The Indian national who was arrested on charges of conspiring to assassinate President Sirisena and Gotabaya Rajapaksa had been released after he was deemed to be mentally ill.


Speaking to the BBC Sinhala Service, Dr. Nalinda Jayatissa said, "There must have been a well-equipped team with experience and state of the art military technology behind such a heinous attack. However, there's no evidence to suggest that Zahran had such a network."

"Also, no information has surfaced yet to suggest that Zahran had access to an armoury." 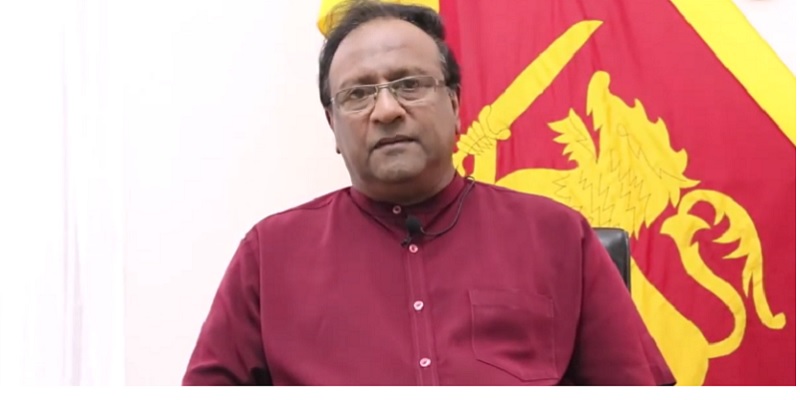 Responding to a media query following the President's Independence Day statement, Minister Sarath Weerasekara said that "the police have completed all investigations into the attack" and that charges have been filed against 32 suspects, adding that another 241 suspects are in custody.

Former Senior DIG of the Criminal Investigation Department, Ravi Seneviratne said that investigations had revealed that the attacks were carried out by local groups who drew inspiration from, but were not directly linked to, the Islamic State of Iraq (ISIS).

Dr. Nalinda Jayatissa told the BBC Sinhala Service that the investigation by the Parliamentary Select Committee had also not revealed any involvement of ISIS.

He also pointed out that during the proceedings of the PSC, it was revealed that none of the suspects involved in the terrorist attacks had visited Saudi Arabia, Lebanon or any other country.

"If someone had visited a country, it was only to India," Dr. Nalinda Jayatissa said.

This was confirmed by SSP Shani Abeysekera who had testified at the Presidential Commission via Skype while receiving treatment at the Colombo National Hospital.

"Apart from the Tropical Inn Hotel, I investigated six other locations including the blast site in Saindamarudu area but none of those investigations revealed that ISIS was directly behind the attacks," he said. 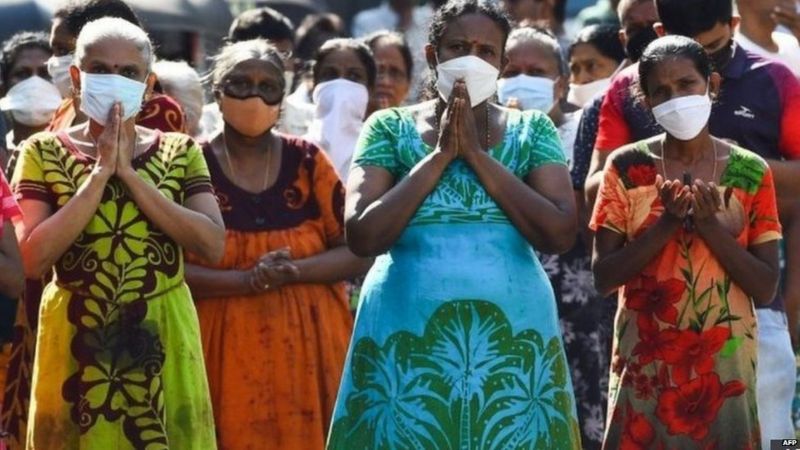 Reports of those investigations have already been released.

President Maithripala Sirisena has repeatedly stated that he had not received any intelligence regarding the attack and refused to take any responsibility.

From the outset, he was of the view that IGP Pujith Jayasundara and Defense Secretary Hemasiri Fernando should be held responsible.

"I have now received the final report of the Presidential Commission appointed to inquire into the Easter Sunday attacks. I have already given instructions to implement its recommendations," President Gotabaya Rajapaksa said addressing the Independence Day celebrations on Thursday (04).

The then Prime Minister Ranil Wickremesinghe has said that he accepts collective responsibility for the failure to avert the terrorist attacks despite not being invited by the President to attend the security council meetings. 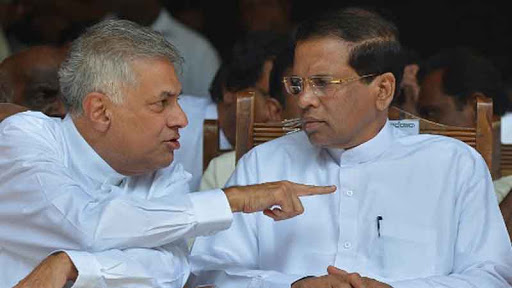 Former Director of the CID SSP Shani Abeysekara testifying before the PCoI said that he did not believe that former President Maithripala Sirisena was unaware of the terrorist attacks on Easter Sunday.

This was in response to a statement made by former State Intelligence Service (SIS) chief Nilantha Jayawardena who had testified before the Commission that the former President was not given intelligence briefings in this regard.

"I know very well that the Director of the SIS conducts daily briefings with the President on matters pertaining to national security, politics and public protests etc. The same information is relayed to the President via the SIS. As such, the President should have been aware of these developments," he said.

"After the attack, the President had summoned us to a meeting at the Presidential Secretariat. He told us not to testify at the Parliamentary Select Committee. He did mention that he was not informed but he had never asked from Nilantha as to why he wasn't informed," he said. 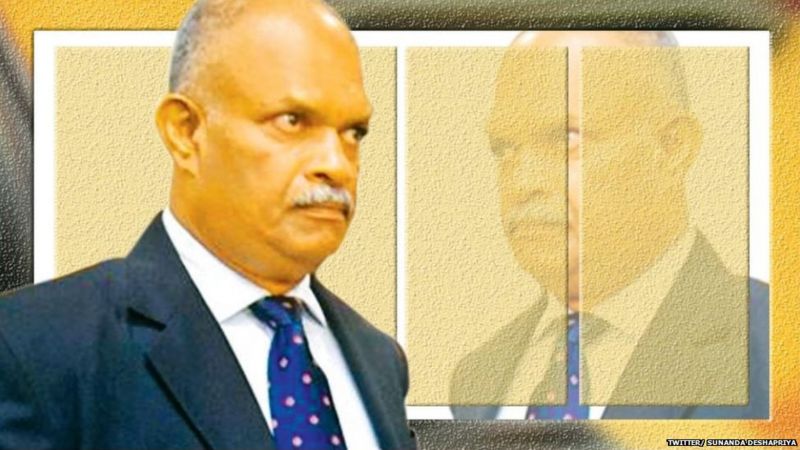 Presiding Judge of the PCoI raised a question that, two of the four suspects arrested on January 16, 2019 in connection with the discovery of the Wanathawilluwa explosives were released on April 10, before the Easter attack, by you on the basis of a report of then Senior DIG of the CID Ravi Seneviratne.

Responding to this query, he said “During a meeting with the Secretary of Defense, the then Governor of the Western Province, Azath Salley, requested that the two suspects be released, but I made it clear that they could not be released until the end of the investigation.

The Senior DIG had also given permission for the release of the suspects according to the prescribed legal procedure due to the fact that Inspector Marasinghe had then completed the investigation into the two suspects and reported that they were not involved in the discovery of the Wanathawilluwa explosives.”

Dr. Nalinda Jayatissa pointed out that although intelligence had been received about a possible attack, it had not been revealed to the Parliamentary Select Committee that the Sri Lankan authorities had received a detailed intelligence report on the full scale of the attack.

Former President Mahinda Rajapaksa on several occasions had blamed India for his defeat in the January 2015 presidential election.

Many political analysts have pointed out that the Mahinda Rajapaksa regime's pro-China policies had soured relations with India.

However, Dr. Nalinda Jayatissa, a former Member of Parliament for the Janatha Vimukthi Peramuna (JVP), has said that after India had realised that it could not fulfill its aspirations under a Ranil Wickremesinghe administration, they had decided to bring a Sinhala Buddhist populist leader instead, adding that India had received the full support of the United States of America in this regard.
*English translation of an article by Saroj Pathirana for BBC Sinhala.