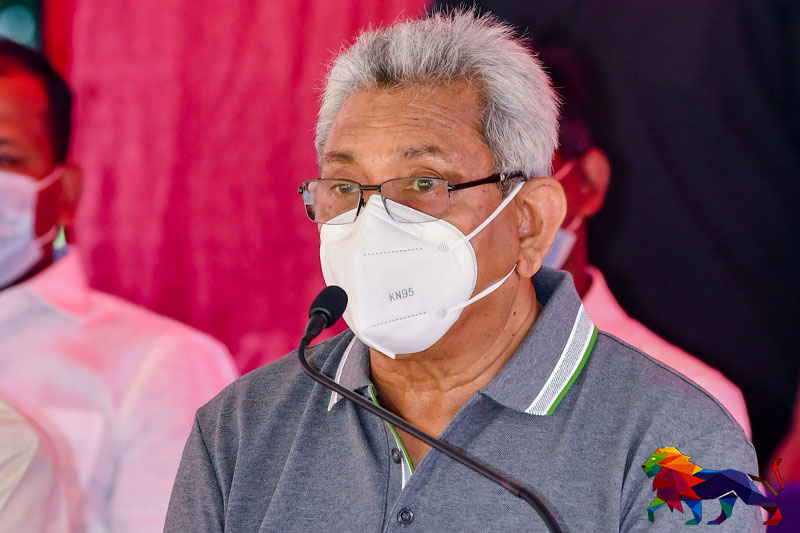 Regardless of the criticisms directed at him, President Gotabaya Rajapaksa reiterated that he will act according to his own way.

The President made this observation while participating in the 9th 'Gama Samaga Pilisadarak' programme held today in the Deraniyagala electorate in the Kegalle District. He pointed out that he was elected President without conducting media shows.

"Usually, Presidents don't visit remote areas. We come to these villages so that we can listen to their ideas and find solutions to their problems.

We will visit villages while we are in power. I have demonstrated how development initiatives should be carried out while preserving the environment. I didn't become the President by staging media shows but through my work.

When I was the Secretary of the Urban Development Ministry, I worked on the beautification of Colombo and its suburbs. No one remembers the current state of the Independence Square and how it was back then. I developed those areas by creating parks and walking paths. They had planted trees that were imported. I removed the Weeping Willows and replaced them with Na trees. See how those trees look today. I was also criticised for cutting down trees. Anyone can criticise.

At the very least, I haven't even been a Chairman of a municipal council when I was elected President.

A lot of people ask why the President has to go to villages when he can get the officials to inquire about issues the villagers face. But I work according to my way," the President added.