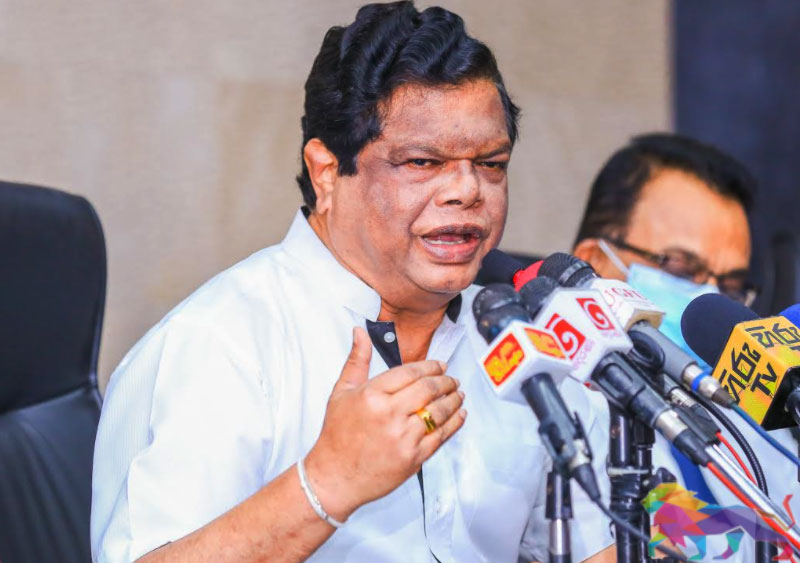 Senior officials of Lak Sathosa suspect that the agreements entered into with private companies to purchase essential goods at fixed prices for a period of three months will have serious repercussions on the institution and may lead to its collapse.

Trade Minister Dr. Bandula Gunawardena announced yesterday that they will reduce the prices of 27 essential goods for an initial period of three months from Monday (08).

Under the prize stabilisation programme launched by the Trade Ministry to reduce the prices of these essential goods, three government agencies, including Lak Sathosa, entered into agreements with local producers and importers on February 03 to supply essential goods at fixed prices below the stipulated market prices for the next three months.

Addressing a media briefing held at the Ministry of Trade, Minister Gunawardena stated that these items can be purchased through Sathosa, Cooperative Shops and Q-Shops.


Paving the way for another fraud?

The Cabinet has been misled by the agreements that have been signed by these institutions which has only allowed a group of businessmen with close connections to the government to make huge profits, 'Newstube.lk' reported.

The report published on the news website further stated that the Trade Minister, who had publicy accused the former Chairman of Lak Sathosa of causing substantial losses to the government by facilitating a notorious company to import sugar, is now trying to go down the same route.

Senior officials of the CWE note that such an agreement would not be appropriate for an institution such as Sathosa, which sells commodities that are exposed to frequent changes in market prices.

Accordingly, there could be a time in the future where Lak Sathosa will be forced to purchase goods at higher prices as agreed upon under the agreements, even if these goods are available at siginificantly lower prices in the wholesale market.

While it is reported that the Minister has obtained Cabinet approval to purchase these goods at fixed prices for a period of three months, he will retain the authority to extend the agreement at his discretion.

Further, it is highly unlikely that the prices of these selected goods will be reduced under any market condition, analysts pointed out, adding that it has only paved the way for certain businessmen to supply goods disregarding market prices.

Although the CWE usually purchases wholesale products from wholesalers by issuing checks with a credit period of 2-3 weeks, according to the agreements however, the goods will be purchased through cash payments.

Furthermore, it is reported that there are discrepancies between the prevailing wholesale prices and the prices quoted by the Minister.

The wholesale price of a kilogram of imported Australian Red Dhal is priced at Rs. 151.40. However, the Minister has set the purchase price at 160 per kilogram.

The wholesale price of a kilogram of Chickpeas is Rs. 135 but the Minister has set the purchase price for a kilogram of chickpeas at Rs. 150.

The wholesale price of a kilogram of Thai sprats is Rs. 443.87 but the Minister has set the purchase price for a kilogram of sprats at Rs. 475.


Is Sathosa fulfiling its objective?

Market analysts have questioned whether the Minister had no other option but to purchase goods from a select group of businessmen at fixed prices instead of taking measures to promote competition in the whoelsale market to bring prices down thereby providing relief to consumers.

The Consumer Affairs Authority has set a fixed price of Rs. 85 per kilogram of imported sugar. As the relevant gazette notification in this regard has not been amended yet, Lanka Sathosa should at least try to provide consumers sugar at that price, they said.

Despite the drastic reduction in duties imposed on sugar, there was no significance decrease in the sugar prices in the market. The state-owned Sathosa was accused of purchasing sugar at higher prices and providing it at Rs. 85 per kilogram.

The Janatha Vimukthi Peramuna (JVP) had lodged a complaint with the Criminal Investigation Deprtment, calling for an investigation into the alleged sugar fraud, which they said caused a loss of over Rs. 10 billion to the state coffers.

According to market analysts, the benefit of the duty reduction on sugar was not passed on to consumers but only allowed a certain businessman with close links to the incumbent government to establish a monopoly in the local sugar market.

However, the 27 essential items will be available at Sathosa, Cooperative Shops and Q-Shops from next Monday (08) as announced by Trade Minister Bandula Gunawardena.