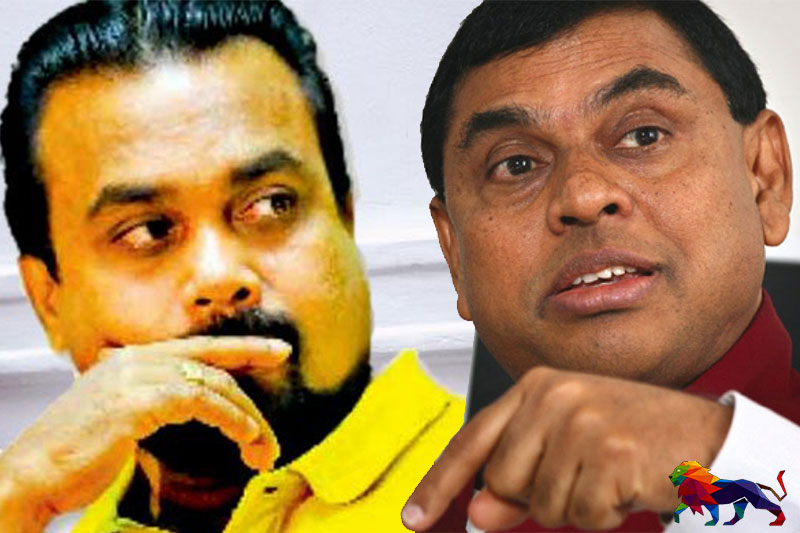 SLPP General Secretary, Sagara Kariyawasam MP, has expressed the party’s disappointment with regard to the remarks made by Cabinet Minister Wimal Weerawansa over the contentious Eastern Container Terminal (ECT) issue.

Kariyawasam who is known to be a staunch supporter of Basil Rajapaksa, made these remarks at a press conference held at the SLPP headquarters in Battaramulla.

He reiterated that Weerawansa should have been cognizant of the doctrine of Cabinet Collective Responsibility.

"It is not in the best interest of a government when individuals conduct press briefings on their own and try to become heroes before the public. However, the government and the president will not be influenced by anyone. They will carry out the country's development initiatives without capitulating to pressures exerted by individuals," he said.
Meanwhile, the behaviour of pro-government nationalist groups, including Minister Wimal Weerawansa with regard to the ECT issue, has been criticised by Ministers Namal Rajapaksa, Johnston Fernando, Prasanna Ranatunga and Rohitha Abeygunawardena.

It was reported that a heated debate between the opposing groups had taken place at the Cabinet meeting held on Monday (01).

Will have to take them head on : SLPP backbenchers

MP Pramitha Bandara Tennakoon has said that some government MPs and Ministers are attacking the government in a subtle manner.

He warned that SLPP backbenchers will be forced to take action against such individuals if this kind of behaviour persists.

Tennakoon, another staunch supporter of Basil Rajapaksa, made these observations at an event in Naula.
voice cuts · PARMITHA 01

Those who remained silent back then are now shouting

Noting that this was a historic decision that met the aspirations of 6.9 million people, he pointed out that those who remained silent when the Yahapalana government was selling the Hambantota port are the same people who have criticised this decision.

“There was no one among the then government to oppose its decision to sell the Hambantota port. No one in that government paid attention to the concerns of the public. As members of the Joint Opposition, we were the only ones to raise the public's concerns at that time," Minister Weerawansa said.

However, Minister Weerawansa noted that the many trade unions including those affiliated to the SLPP were at the forefront of the struggle to protect the ECT.


“Also, the nationalist forces who had dedicated themselves to bring this government into power played an instrumental role in this struggle. While remaining in the government, we too insisted that the ECT should be developed and operated retaining full ownership by the Sri Lanka Ports Authority (SLPA). Accordingly, the President and the Prime Minister have studied all these factors very carefully, accurately assessed the strategic importance of the Colombo Port's ECT and have taken a historic decision today in line with the 'Saubagyaye Dakma' policy statement,” he added.
Foreign investment needed for development  - Prof. Rohan Samarajiva

He made the following observations regarding the port crisis from the perspective of a 'True Patriot'.