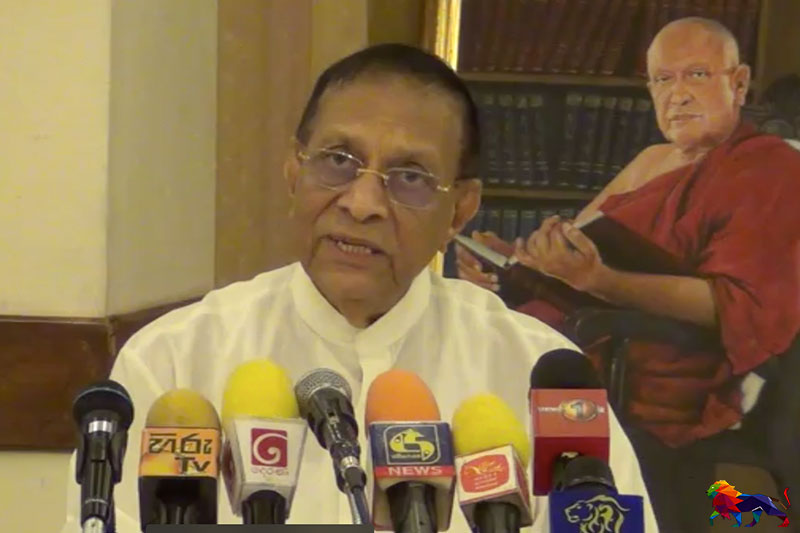 With the arrival of the first consignment of Covid-19 vaccines in Sri Lanka, the government should look into providing the relevant vaccines to those who are most in need in a

very fair and transparent manner, the Chairman of the National Movement for Social Justice Karu Jayasuriya said.
The former Speaker made these remarks at a media briefing held in Colombo today (28).
The first consignment of the COVISHIELD vaccine donated by India arrived in the country and was received by President Gotabaya Rajapaksa at the Bandaranaike International Airport. The Chinese government has also pledged to donate its Sinopharm vaccine to Sri Lanka.
The Oxford-AstraZeneca - COVISHIELD vaccine is being manufactured by the Serum Institute of India, the world's largest vaccine manufacturer.
The National Medicines Regulatory Authority (NMRA) has granted emergency use authorisation for the Oxford-AstraZeneca COVID-19 vaccine. 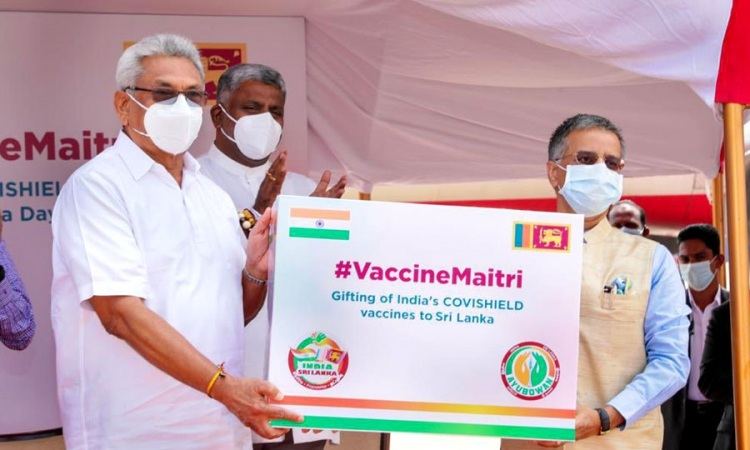 President Gotabaya Rajapaksa receiving the first consignment of the Covishield vaccine.
Jayasuriya said that as citizens, we are very happy about receiving the vaccines and thanked the Governments of India and China for their generosity.
Speaking further, he said that,
"The Government of India will provide a stock of vaccines to Sri Lanka to control the Covid pandemic. It was announced yesterday that the Chinese government would also make such a donation to Sri Lanka. These are being given as donations from the respective countries. We are very happy about that. As citizens, we thank the Government of India and the Government of China for their generosity.
In this situation, we hope that the relevant vaccines will be given to those who are most in need and suitable. We hope it will be done in a very fair and transparent manner.
We are pleased that the Hon. President spoke strongly about the fraud and corruption that have taken place in certain sectors of the government. That is why we have repeatedly stated that the government's position on the controversial Sathosa sugar deal and the Bank of Ceylon loan is important for the President's reputation and good name.
But the government's position on this has not yet been clarified. They should provide a detailed explanation. As a result, there is already a strong mistrust in the society about these issues.
It is a reasonable distrust that is based on reason. We are highlighting these points with reason and good intention. 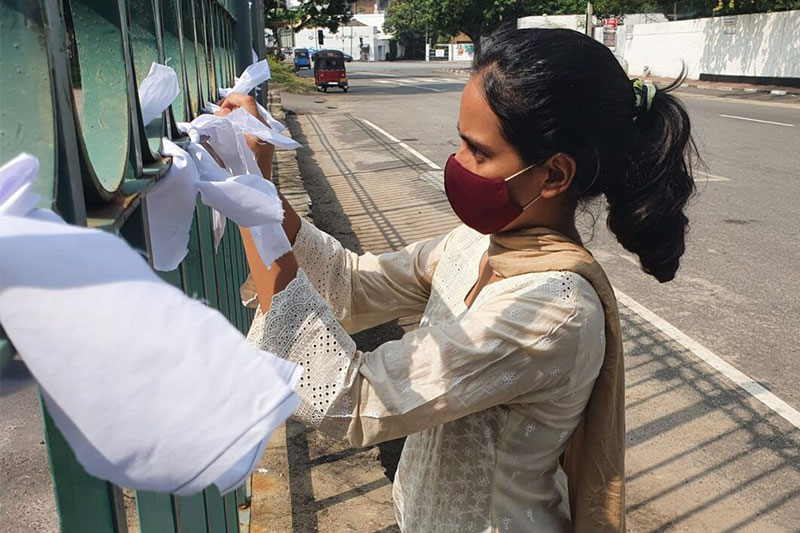 A woman tying a white handkerchief on the iron fence at the Borella cemetary in memory of the infant that was cremated (PIC srilankabrief.org)
The issue surrounding the cremation of Muslims who died of Covid which remains unresolved could be of great harm to the country. Many countries in the world and the United Nations have taken a firm stand on this issue today.
Muslim countries have already expressed their displeasure. If we become isolated internationally, it is the helpless people who suffer. We feel it is time for the government to clarify its final position on the matter without further delay.
Human-elephant conflict :
Also, there is much discussion in the country these days regarding the human-elephant conflict due to the many pressures on the public as a result. We must pay attention to the suffering of the helpless people due to the loss of lives, houses, crops and so on.
These facts have been studied by our Academic Council and our views have been presented before.
People allege that no government has taken steps to find a solution to this problem so far.
There are eminent scholars in our country who can give advice on the human-elephant conflict. Their publications have received worldwide acclaim. Some countries have already adopted their recommendations. We presented these details last week.
Several model projects are already underway in Sri Lanka. Officials from countries such as India, Malaysia and Myanmar have largely resolved their country's elephant-human conflicts in line with these model projects. Also, representatives from 13 African countries visited Sri Lanka in 2017 to study our methodology.
We mention this for the second time to say that this country has the technical know-how to solve this problem. What is needed is the immediate attention of the government.
To solve this problem, officials must connect with the village. Every officer from the Grama Niladhari to the District Secretary should be included in this group. It is unfair that currently no compensation is being paid for crop damage.
These people often fund their cultivations by mortgaging their belongings. Therefore, we have heard their lament when the money they obtained by mortgaging their belongings go to waste. This pains us as well.
Therefore, it is very reasonable to pay some compensation to the farmers concerned for the crop damage caused by wild animals.

A Presidential Task Force should be established immediately to ensure the successful outcome of these activities. The Sri Lanka Army can play a major role in this."