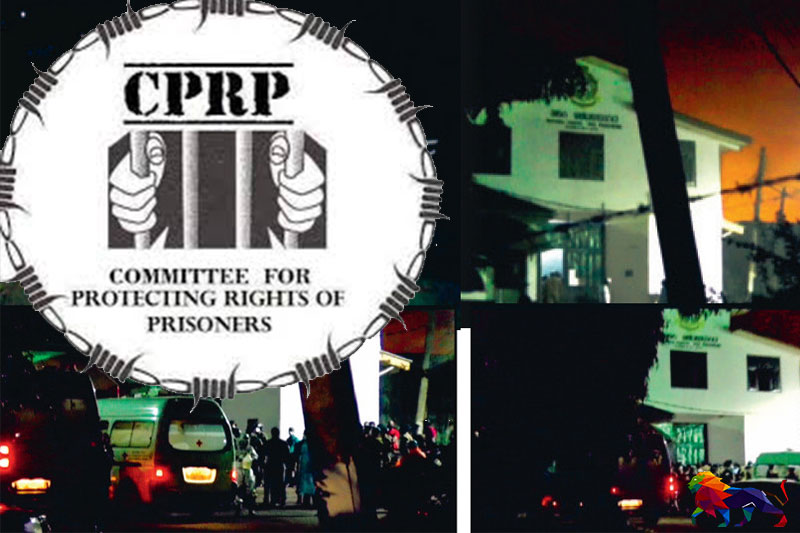 Inmates who witnessed the massacre of 11 detainees inside the Mahara Prison are being tortured, says a leading prisoner rights group in Sri Lanka.

According to the Committee for Protecting Rights of Prisoners (CPRP), the eyewitnesses have been forcefully detained and tortured by the Prison administration. It is alleged that the government is trying to cover up the massacre by blocking the release of these prisoners who were witnesses.

Writing to the President, the CPRP says the prison authorities are using threats and torture as tools during judicial and criminal inquiries to forcefully record statements.

“Even after being granted bail by a court, my son is in detention for more than two months,” Antony Silva, father of a prisoner said during a peaceful protest ‘urging to stop the torture of prisoners’ in front of the Gampaha district court.

Silva says the prison authorities even deny basic health and hygiene requirements to the prisoners.
“They are being denied food, not permitted to go to the toilet, refused drinking water and only one shopping bag is given to five prisoners for toilet use," Silva noted.
He further says that when they regain consciousness, they are being attacked again and locked up thereafter.

He told the media at the protest that no inquiry is being done in respect of prisoners whose limbs were broken during the attack.

“By filing fresh charges against prisoners who were granted bail, the authorities are trying to cover up the inhumane killings and to justify it,” Sudesh Nandimal Silva, CPRP General Secretary told local media covering the protest.

“We strongly suspect further cases will be foisted upon these prisoners to protect the killers. Also, prisoners being continuously detained are a ploy to destroy the evidence,” he said.

In their letter to the President urging him to stop such activities, Attorney-at-Law and CPRP President Senaka Perara along with Sudesh Nandimal has said that the activities of the prison officials are illegal and violate the rights of the prisoners.

A court recently said that all 11 killed inside the Mahara prison on 29 November were shot dead.

More than 100 were injured.