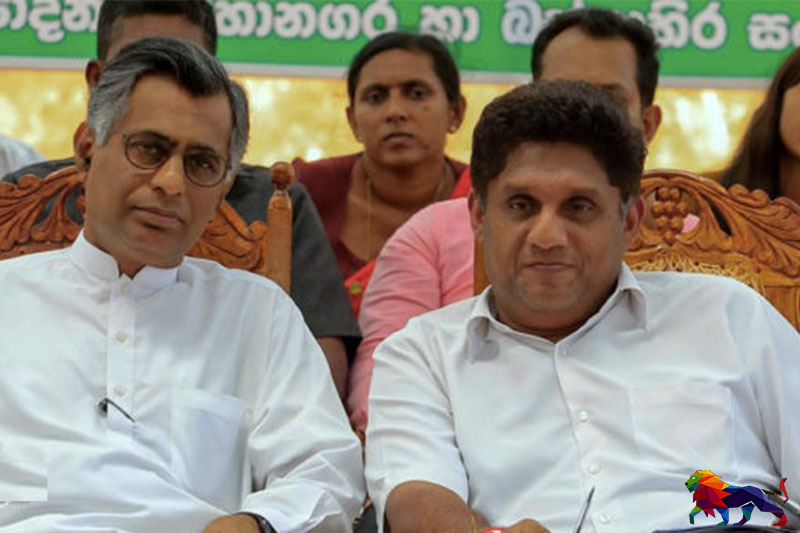 A group of parliamentarians have exerted pressure on Opposition Leader Sajith Premadasa to assign specific responsibilities to former minister Patali Champika Ranawaka and to bring him to the Samagi Jana Balawegaya (SJB) in a more inclusive capacity. Accordingly, more than 15 SJB MPs have called on the Opposition Leader yesterday (07).
Patali Champika Ranawaka and a few prominent members of the Jathika Hela Urumaya (JHU) stepped down from the party recently.
Since several government ministers and a number of 'national organisations' maintain close ties with Champika Ranawaka, they have highlighted the need to assign a top post in the party to the former minister and engage with him in SJB activities.

As such, SJB Leader Sajith Premadasa had instructed general secretary Ranjith Madduma Bandara to hold discussions with the relevant parties.

Political sources said that several staunch allies of Sajith Premadasa have strongly opposed the inclusion of Champika Ranawaka and other JHU members in the SJB due to concerns that Champika will pose a threat to Sajith's leadership in the future.

Meanwhile, several government ministers and MPs had telephoned a SJB stalwart today refuting the information given by certain SJB MPs at yesterday's meeting with Opposition Leader Sajith Premadasa. They had informed the SJB MP that there is no truth to the allegation of Champika maintaining close ties with ruling party ministers.

They have also emphasised that they will not, at any point, join a political movement led by Champika Ranawaka.