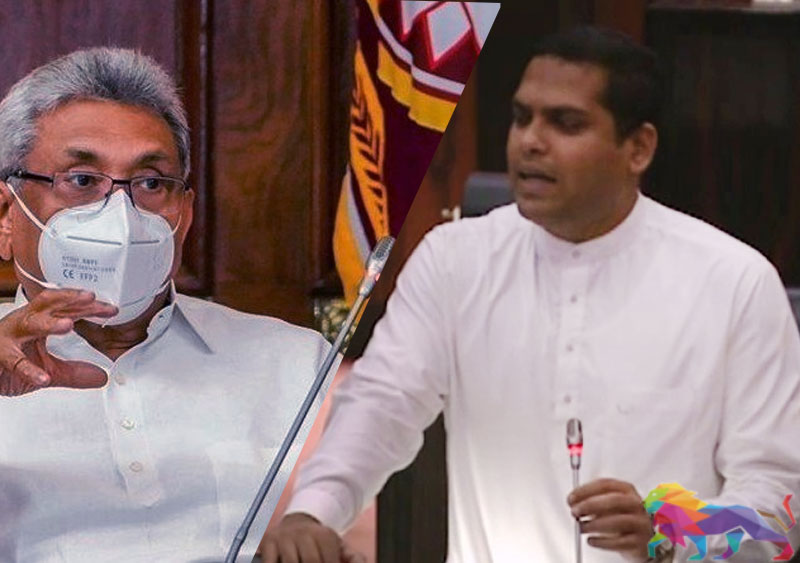 Opposition lawmaker Harin Fernando MP, said in Parliament yesterday (06), that there were five people who were responsible for the dreaded Sir's curse.

President Rajapaksa has been cursed by an owner of a major private media institution who also goes by the name of 'antigen-man', Udayanga Weeratunga, Nissanka Senadhipathi, Dhammika Bandara and a person from Anuradhapura, the SJB MP said, adding that "6.9 million voters who voted for the government have been failed by these five people."
"The present government came to power with the slogan 'one country - one law', but now there are 5 legal systems in operation in the country, namely the 1) Rajapaksa law, 2) bosom-buddy law, 3) Covid law, 4) Poor man's law, and 5) Ukrainian law, he said.

He emphasized that Sri Lanka is bound to fail at this rate and observed that that the country should be steered in the right direction now.