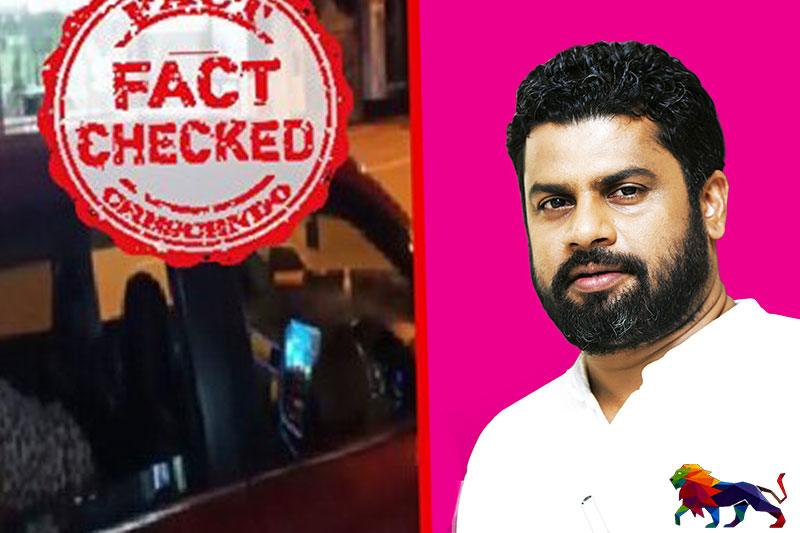 Wimal Katipearachchi, the features editor of the 'Lanka' newspaper, has lodged a complaint with the Criminal Investigation Department (CID) against a defamatory news report that was published by a website along with his photograph.

Katipearachchi had lodged a complaint with the CID yesterday (04). Subsequent investigations into the news report have revealed that the only source quoted in the website to be fake.

The website, Mawubima.com (not affiliated to national newspaper Mawbima) had published the defamatory news report under the headline, 'Owner of the obscene video circulating on social media identified.'

Fact Crescendo had investigated the matter and had determined that the news report was completely fabricated.

“We often see fake news on current topics that target members of the National People's Force (NPP) and the Janatha Vimukthi Peramuna (JVP). We have exposed such fake news reports on previous occasions," they said.

"In the same manner, our investigations have revealed that the owner of the vehicle that can be seen in the obscene video circulating online is not NPP member Wimal Katipearachchi and that all such reports are completely false," Fact Crescendo said. 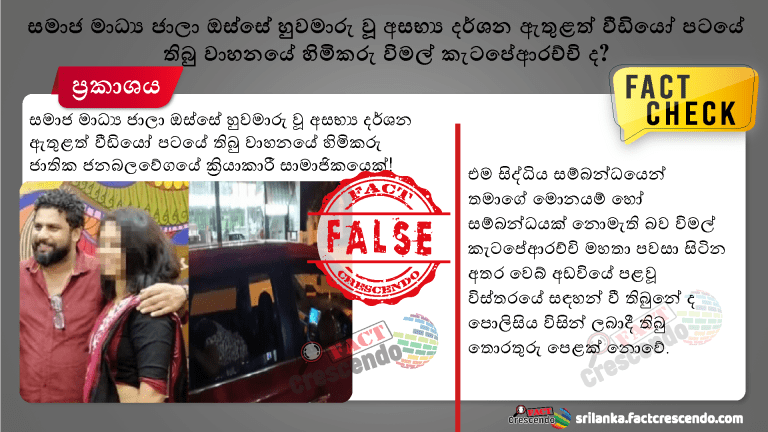