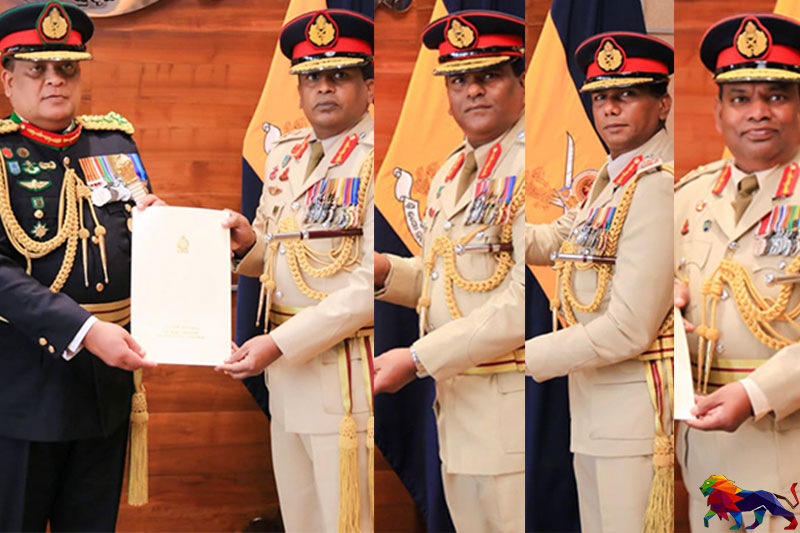 Considering the urgent need for enhanced island-wide coordination for COVID-19 control work, the Presidential Secretariat on the recommendation of General Shavendra Silva, Chief of Defence Staff, Commander of the Army and Head of the National Operations Centre for Prevention of COVID -19 Outbreak (NOCPCO), has appointed 25 senior Army Officers for all districts, effective from 01 January 2021.

Adding significance to those new responsibilities on the very day he was felicitated at the Army Headquarters upon his promotion, General Shavendra Silva awarded those letters of appointment for those 25 Chief Coordinating Officers in all districts this morning (31).

Accordingly, the new office of those Chief Coordinating Officers would facilitate smooth conduct of district-wise quarantine centres, transportation of individuals for quarantining and treatment, supply of medicine, equipment, dry-rations and other essentials and all other technical requirements as and when deemed necessary.

Following are the senior Army officers who have been appointed as chief coordinators for all 25 districts.

President focuses on efficient management: A military officer for every ministry