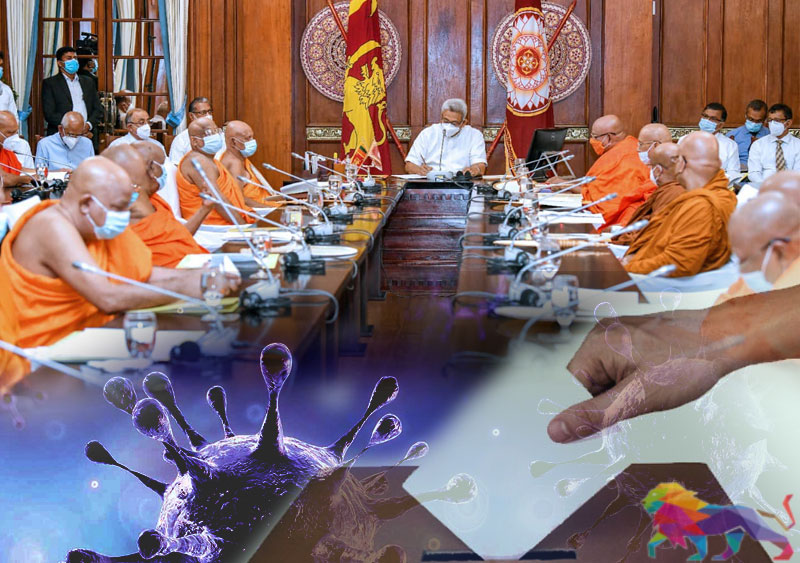 Senior Minister Vasudeva Nanayakkara said that the party leaders had decided to postpone the provincial council election considering the request made by the Maha Sangha as well as due to the COVID-19 pandemic.

Meanwhile, Minister S.M. Chandrasena said that the provincial council election has been postponed only as a temporary measure in view of the COVID-19 pandemic.
Need to discuss with India - SLFP

State minister Dayasiri Jayasekara said that the President along with Premier Mahinda Rajapaksa and Basil Rajapaksa, had paid attention to certain issues faced by the SLFP during this meeting.

He said that the government will not be able to make a decision alone and that the matter should be discussed with India. However, chief government whip, minister Johnston Fernando, said that the government has decided to hold the provincial and local council elections as scheduled, according to a media release by the highways ministry.

"We are working on a new constitution at this very moment. We are making arrangements to conduct all elections, including the provincial council election, as previously scheduled," the statement by the minister said.

"The Maha Sangha has voiced their opposition with regard to the provincial council election. As a party, we are of the view that all elections must be held in due course," he added.