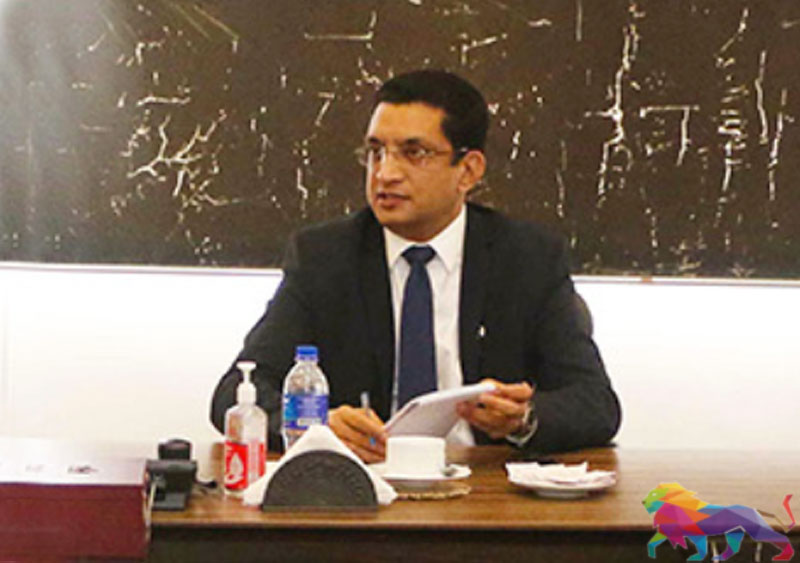 Minister of Justice Ali Sabry (PC), has not tendered his letter of resignation from the post of Minister and Member of Parliament today, Press Secretary to the Minister, Nalin Samarakoon told theleader.lk.
He was responding to a news report that was carried by theleader.lk under the headline, "Justice Minister submits resignation letter to President?."

However, government sources said that although the Minister had tendered his letter of resignation, the President had not accepted it.

Meanwhile, a senior government Minister told theleader.lk that the Justice Minister had been distraught as of late and had intimated to several Ministers that he was considering leaving the political arena a few days ago.

A Minister who commented on this turn of events said that he believed that the Justice Minister had done this with the intention of exerting pressure on the President to facilitate the burial of COVID-19 victims.

A close aide to the Justice Minister said that the Minister and his family members have been under immense pressure due to the strong opposition within the Muslim community over the government's cremation only policy.

Minister Sabry had told the 'Ravaya' newspaper that certain groups could capitalise on the growing frustration within the Muslim community and use it as a weapon. He also said that the ban on burials would deeply disillusion the youth and may lead to a resurgence of extremism among them.
However, certain pro-government forces had voiced their strong opposition with regard to the Justice Minister's statement. It was reported that Ven Prof. Madagoda Abhayatissa, who is considered to be close to the President, had exerted pressure on the government to remove Minister Sabry from the portfolio of Justice.

Meanwhile, a group of pro-government national organisations led by monks staged a protest yesterday (28) morning opposite the Presidential Secretariat demanding that the government continue its policy of forced cremations of COVID-19 victims. 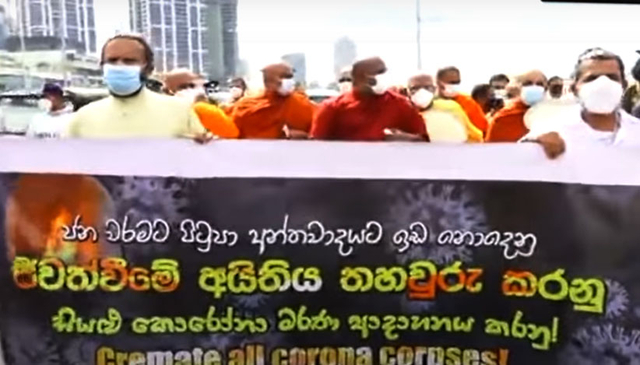 However, the assurances Ali Sabry gave the Muslim community prior to the general elections can be found below.
Furthermore, Minister Ali Sabry had posted the following on his Facebook page today. Related News:
Cremation of Muslim victims may lead to a resurgence of Muslim extremism: Minister of Justice