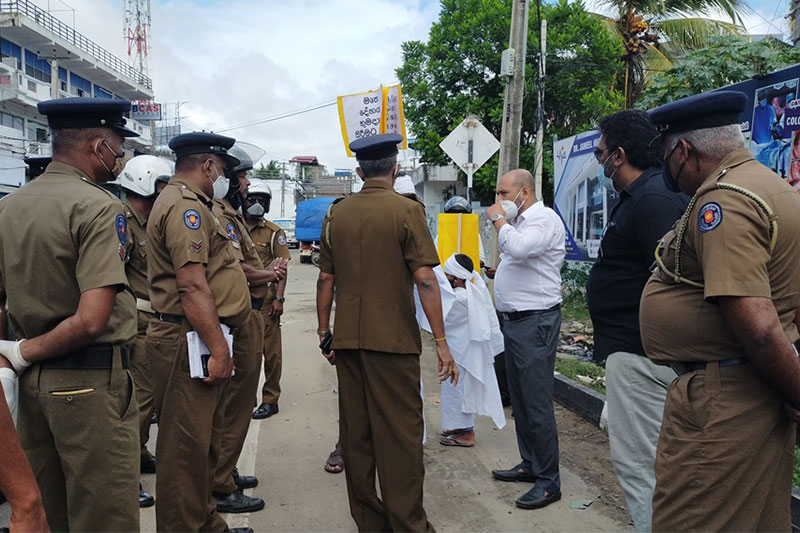 In yet another act of suppression of civil rights, a peaceful walk by a Muslim father-son duo in Eastern Sri Lanka has been stopped by the government through a court order
while scores of Buddhist monks were allowed for a vociferous protest in the capital.
Protesting against the forced cremation of COVID-19 victims, the father, Mohammed Fowze, and his son, clad in white carrying placards with slogans seeking burials of dead Muslims, started their protest walk from Kalmunai to Akkaraipattu which was stopped at Sainthamaruthu.

Based on a petition from Kalmunai police citing COVID-19 restrictions, potential damage to private and public property and disruption of traffic, the local magistrate issued a restraining order valid till 01 November next year.

The march was subsequently suspended and a petition urging the government to honour their civil and religious rights, which was read out in public before handing it over to the authorities.

The planned peace march started after rendering of Muslim religious prayers for the dead who were cremated and for the recovery of those who are infected.

On the same day, police provided security to Sinhala Buddhist hardliners led by monks who opposed the burial rights of Muslim COVID-19 victims.

The Sri Lankan government has ordered the cremation of all those who succumb to COVID-19 which has been criticised by a section of senior Buddhist monks and political leaders. But an unrelenting government under President Gotabaya Rajapaksha went to the extent of requesting the Maldives to accept the bodies of Muslims and facilitate the burial of bodies in their soil.

Human Rights organisations have condemned the government of brutally suppressing the religious rights of the minorities, in particular the Muslims, during the global pandemic crisis. 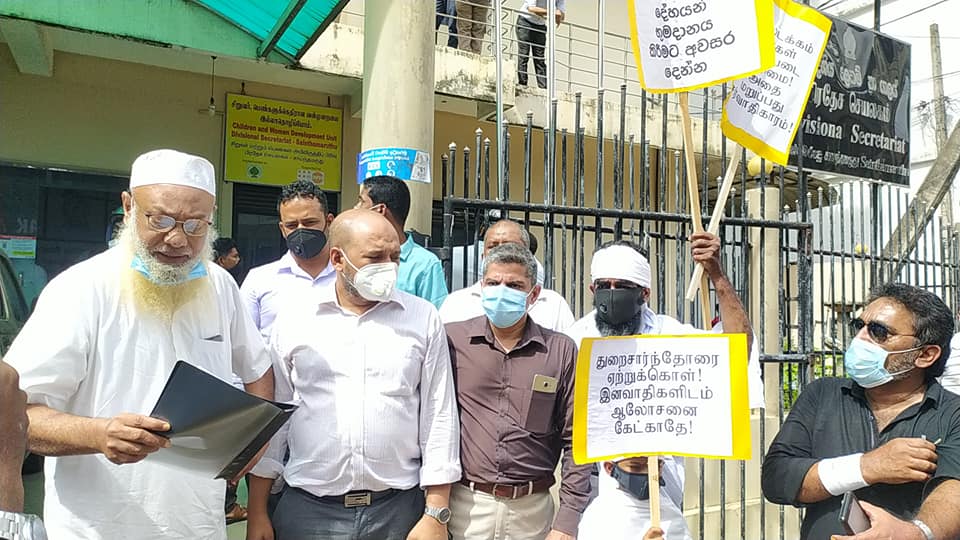