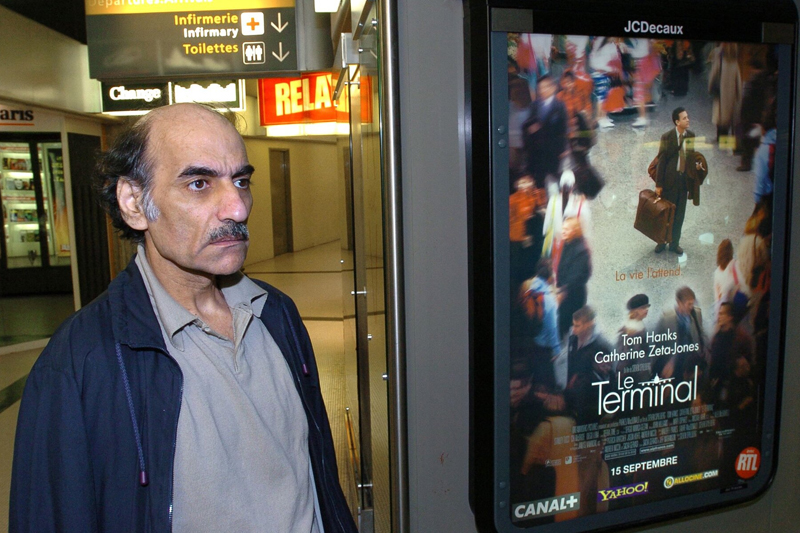 An Iranian man who lived in a Paris airport for 18 years has died.

Caught in a diplomatic limbo, Mehran Karimi Nasseri made a small area of Roissy Charles de Gaulle airport his home in 1988.

His experience inspired the 2004 film, The Terminal, starring Tom Hanks.

Mr Nasseri was eventually given the right to live in France, but he ended up returning to the airport a few weeks ago, where he died of natural causes, an airport official told AFP.

Born in 1945 in the Iranian province of Khuzestan, Mr Nasseri first flew to Europe in search of his mother. 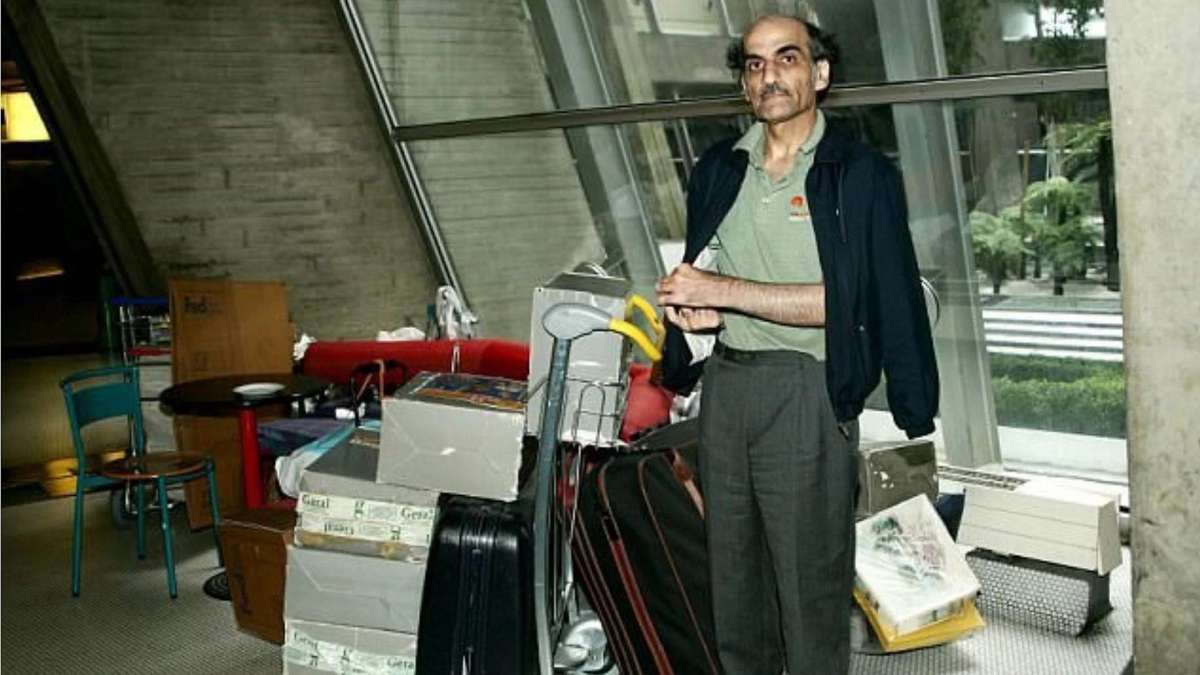 He spent some years living in Belgium, having been expelled from countries including the UK, the Netherlands and Germany for not having the correct immigration documents.

He then went to France, where he made the airport's 2F Terminal his home.

Nestled on his bench surrounded by trolleys containing the possessions he had accumulated, he spent his days writing about his life in a notebook and reading books and newspapers.

His story attracted international media attention and caught the eye of Steven Spielberg, who directed The Terminal, starring Hanks and Catherine Zeta-Jones.

After the film's release, journalists flocked to speak with the man who had inspired a Hollywood movie.

At one point, Mr Nazzeri, who called himself "Sir Alfred," was giving up to six interviews a day, Le Parisien reports.

Despite being granted refugee status and the right to remain in France in 1999, he stayed at the airport until 2006, when he was taken to hospital to be treated for an illness.

He then spent time living in a hostel using the money he had received for the film, French newspaper Libération reports.

Mr Nasseri returned to the airport a few weeks ago, where he lived until he died, an airport official said.

He was found with several thousands euros in his possession, the official added.