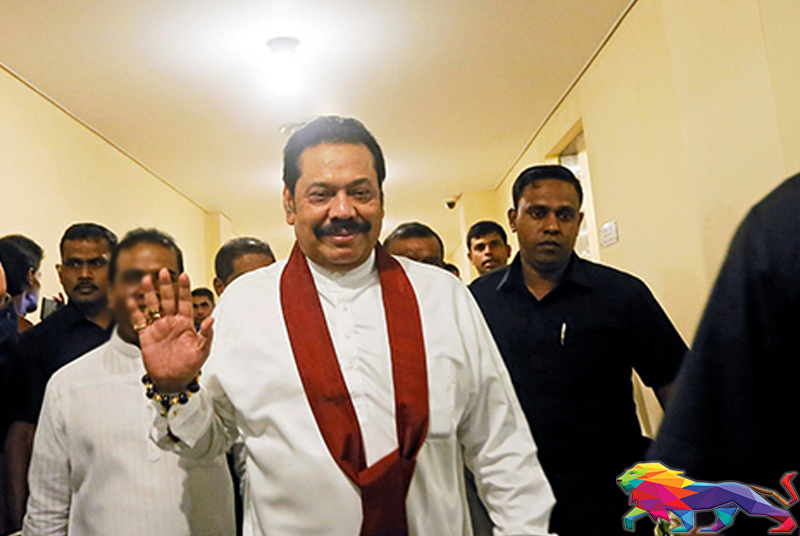 Prime Minister Mahinda Rajapaksa's abrupt departure from a meeting that was to be chaired by him had caused quite a stir recently, highly placed sources revealed.

Premier Rajapaksa had suddenly disappeared before the commencement of the special meeting convened for MPs of the Sri Lanka Podujana Peramuna (SLPP) at the Temple Trees on 4 December. However, it was reported that he had made lavish arrangements to host the SLPP MPs at the Temple Trees.

Finance Minister Basil Rajapaksa, who returned to the island after concluding his official visit to India, had made arrangements to only extend invitations to SLPP MPs for the special meeting.

The discussions which had commenced at around 6 pm had continued till midnight.

Accordingly, SLPP Ministers and MPs who had attended the meeting with the intention of having a cordial discussion with the Prime Minister regarding the current political situation were curious about his absence.

It was then that Finance Minister Basil Rajapaksa had inquired the Prime Minister's whereabouts from his security detail, only to be told that Premier Rajapaksa had already left the Temple Trees.

It was reported that the Prime Minister had left to attend a birthday party hosted by Shiranthi Rajapaksa's brother Nishantha Wickramasinghe that was held at the Hilton Hotel in Colombo.

It is said that the Prime Minister had instructed his security officials not to tell anyone that he was present at the event.