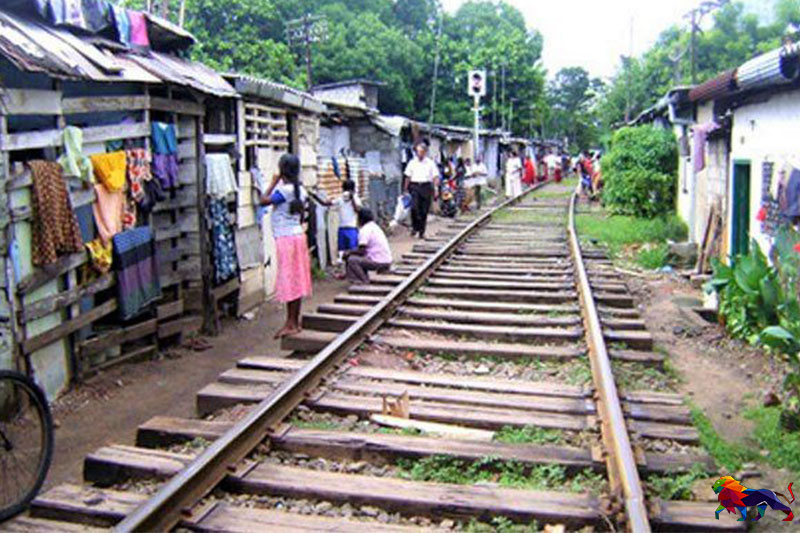 COVID-19 pandemic has a devastating effect on Colombo life, with the still continuing second wave and the Peliyagoda wholesale fish market exploding with a quick
widespread even beyond Colombo.

Colombo city was never a planned city. It just grew over a period of hundred years from the Colonial period around the “Colombo jetty” as it was then called, and the “harbour” later and now the Colombo port. In popular lingo, Colombo is the centre of power politics and of elite life. Common understanding is Colombo belongs to the urban middleclass. They do, as the most active city consumer. But what is the profile of the Colombo City like?

Not very much different to now, in 2016 within Colombo Municipality limits there were 1,735 extremely poor cluster settlements. In the 50’s and 60’s they were called “Mudukku” in Sinhala borrowed from Tamil “Mutukku” and “slums and shanties” in English. They were often identified with thuggery, pickpocketing, moonshine and everything that can be called evil and vice.

From late 80’s these “slums and shanties” came to be termed “Under Served Settlements” (USS). Reason being their change in lifestyle with aspirations for social mobility and small but conspicuous changes they effected to the structures of their abodes giving them some permanency. Communities in these settlements got absorbed into the informal economic sector that developed in and around Colombo city within the open market economy that provided numerous income opportunities though with undefined sources.

These USS have a population of around 650,000 in them. Their concentration in the City is in Colombo North, Central and Borella/Dematagoda area that has 1,544 USS. Of the total USS in the Colombo city,

This is summed up in plain language by the Urban Development Authority (UDA) in introducing their “Urban Regeneration Programme”. The first two sentences in the opening paragraph says, “Over fifty percent of the Colombo city population lives in shanties, slums or dilapidated old housing schemes, which occupied nine percent of the total land extent of the city.
A survey which is being conducted at present by the Urban Development Authority has identified a total number of 68,812 families living in 1,499 community clusters (underserved settlements) which do not have a healthy environment for human habitation and access to basic infrastructure facilities such as clean water, electricity, sanitation etc.” (accessed 10 Nov - https://www.uda.gov.lk/urban-regeneration-programme.html)

That needs to be kept in mind to have an understanding how confirmed COVID-19 related deaths reported on 05 October, had 04 out of 05 from Colombo 02, 12, 14 and 15 while the fifth was from adjoining Wellampitiya. Of the 29 deaths to that date, nearly half were from Colombo city. Confirmed positive cases in Colombo also have an alarming increase compared to other clusters.

This sudden spike is attributed to a new mutated strain with high transmissibility according to a sequencing study of the COVID-19 virus carried out by a specialised team of academics at Jayawardnepura University, headed by Prof Neelika Malavige. She affirms, this is seen in about 97 percent of the strains and is nothing new. (DM – 10 Nov)

Whatever the new strain is or however common it is, laboratory research and academic studies will not answer why Colombo city alone had to isolate over 11 areas as “high risk areas”, while the total number of isolated areas in the whole country remain at 28 to date (10 Nov).
Northern and Central Colombo in fact have all the declared isolated areas and they have the largest concentration of the USS in the city. Also, these parts of the city are more densely populated than the rest of Colombo city. There is obviously a direct relationship between heavy infection in these areas and the presence of large numbers of USS.

Large numbers of USS in isolated areas in the city that “do not have a healthy environment for human habitation and access to basic infrastructure facilities” as the UDA says, cannot by any chance afford to maintain social distancing and even sanitizers for regular handwashing. Their cramped living and lack of or inadequate water service don’t allow them the luxury of social distancing and regular handwashing. Compelled to wear a face mask, they go for the cheapest that serves little purpose in wearing in terms of COVID-19 prevention.

The other important but rarely counted factor is their total dependence on a daily earned income. Since the first wave from March when the whole country was locked down for almost 02 months, they were left in a heavily shrunk informal urban economy from which they made a meagre living.
Now it is impossible to keep them locked down without an income for indefinite periods of time. All who could venture out would definitely go about searching for a living. In short, these heavily populated areas with USS in the Colombo city cannot be isolated as any middleclass apartment or housing scheme could be isolated. These marginalised communities left desperate for an income would continue to violate restrictions and isolation in a bid to earn an income, come what may.
Thus, the government needs to have a completely different package for these marginalised urban communities in controlling COVID-19 spread, for once the local lockdowns are removed, they would be “asymptomatic carriers” of the virus into other neighbouring areas.
We need a “special package” for many other large cramped resident areas too like Katunayake, Biyagama, Avissawella export promotion zones and most importantly to the upcountry plantation community, if COVID-19 travels that far.

Though late, at least for future replication we need to have a special welfare package designed and carried through Chief Medical Officer of Health (CMoH) of the Colombo Municipal Council and his staff as a starter for these marginalised communities in isolated areas. They should be served with,

Without clear planning for different social contexts and for marginalised communities, blanket instructions on social distancing and using sanitizers for handwashing meant for the urban middleclass will not serve in controlling this pandemic as the present spread reveals quite clearly.
There certainly is a “class factor” in this spread for any sociologist or poverty analyst to study. That too would be contributory in controlling this COVID-19 spread, as most in the health sector believes we would have to live with it for a year or two to come. 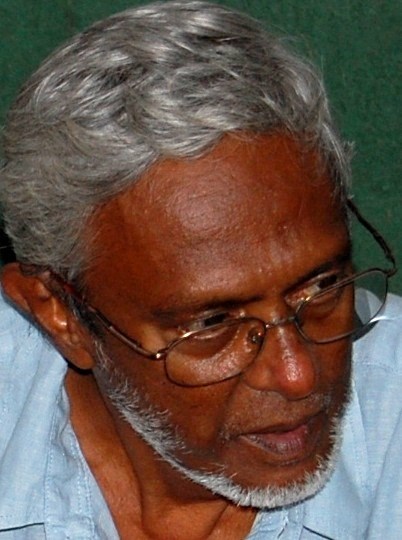