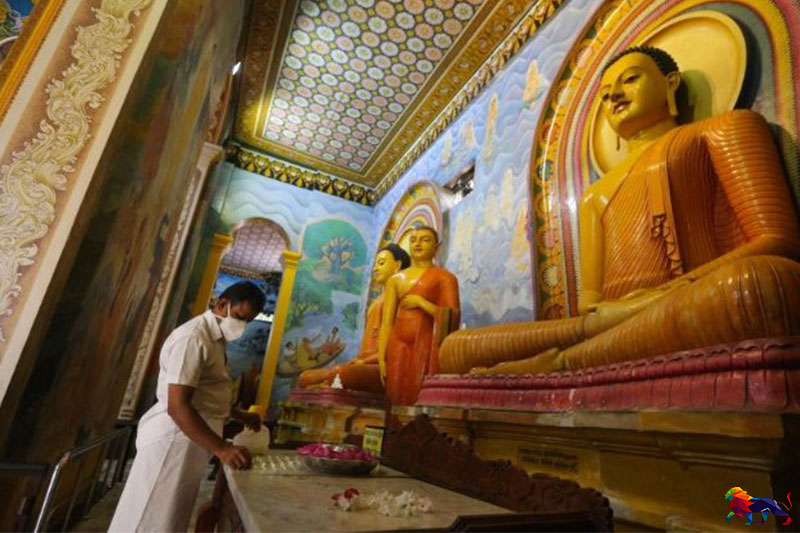 Over 250,000 people have succumbed to Covid-19 as I write these words. If every death diminishes each one of us left alive, then we have indeed been reduced to minuscule
dimensions. Yet our fears and sorrows are monumental. Before Covid-19, few of us had truly comprehended that death, indeed, is a great leveler.

When Portuguese billionaire and President of the Santander Bank Antonio Piera died on the 21st of April, his daughter observed, ‘we are a wealthy family, but my father passed away alone, suffocating, looking for something free, which is air ... The money stayed at home.’ He was one among the 973 who died out of 24,505 infected in Portugal. The other 972 did not take anything with them either. They may not have had wealth, but like Piera they had to leave behind family, property, plans, joys of one kind or another and hopes. Material acquisition and the processes of acquisition have started to seem meaningless.

The virus has infected royalty and mendicant, doctor and patient, jailor and prisoner, capitalist and worker. Even if we do not directly attribute it to god, the natural order or some other supernatural frame, there is a lesson here about discrimination. What this means is that we are in a rare state in which the possibility of imminent death is shared by one and all.

Soul searching is not out of order in a situation where death remains a looming shadow over each of us for the foreseeable future. After all, we all know or know of someone who fell victim. Who among us has not pondered, ’could I be the next?’ We know that human beings are tenacious creatures. They are known to fight even when death is seen as imminent and when they find themselves in the middle of a calamity where there is little if any control left to exercise.

By and large, human beings have all had time to reflect on the way we have conducted ourselves, both as individuals and as a species. There is palpable remorse about the way we have interacted with the world around us. We have thought long about what we have championed and what we have neglected or ridiculed.  We have found that there is little to be proud of and much to be ashamed of. There is no doubt that we have abused the natural world endlessly. We took it for granted. It is as though we pillaged a wonderful temple and earned the wrath of the deities who had showered us with bountiful harvests of all kinds. The earth seems to have run out of patience and responded in a way that no one ever expected. These are truths that by now have become self-evident to us all.

This is a time when we have been forced to deal with the reality of retribution. Some believe that justice is delivered by God while others see logic in the Buddhist concept of paticcasamuppada or the doctrine of dependent origination. Buddhist and non-Buddhists alike know something of the term ‘karma’. There are dozens of references to retribution in the Bible and in the Quran. Whatever your faith, almost everyone believes that there is a moment of reckoning at which one’s past conduct will supersede all else. Covid-19 has affirmed this in no uncertain terms.

The oft-quoted verse from the Vasala Sutta is an apt reminder: ‘Najajjā vasalō hōti, najajjā hōti brāhmanō; kammanā vasalō hōti, kammaṃā hōti brāhmanō [Nobility or ignobility are not products of birth; it is conduct alone that makes one noble or ignoble].’ In other words, we are not born with virtues and vices. We acquire them over our lifetimes. If judgment and retribution is fair then time is running out for the ignoble to recalibrate their conduct, for postponement would be folly indeed.

Covid-19 has stopped us in our tracks. It is no longer about how hard we can hit but how hard we can get hit. The question is, have we thought enough about hitting and being hit? Nature, clearly is doing its bit, but has there been a marked transformation in the way human beings relate to one another?

The unhappy truth is that cruelty, heartlessness, selfishness and greed continue to make our species signature. As throughout history, these remain the defining traits of many who possess power of one kind or another. It will not be easy to script in empathy, compassion and humanity to our DNA unless people reconsider their lives in terms of their individual roles as employees or employers, parents or children, governors or governed, buyers or sellers, and most importantly whether or not they recognize that their power alone amounts to nothing if their every word and deed will one day be judged alongside their humility and humanity.

What have been our dominant values, we can ask ourselves. What kind of professional have you been? Have you been ethical and humane in your professional conduct? Have you ever abused power to harm someone you did not like? Have you derived pleasure from hurting someone, exacting revenge, or seeing someone suffer? Are hate and jealously core attributes of your character? Have you rejoiced in another’s sorrow? Have you ever turned a blind eye rather than help someone in distress?

Nearly all of us find a way to hide our human frailties, by wearing a metaphorical mask. Even if wealth and position make for an effective disguise, can you hide from yourself? The sad truth is that many have taken the easy path of wearing a disguise long before Covid-19 forced everyone to wear a face mask. The villains among us often disguise themselves as benefactors of humanity, the cruel promote themselves as paragons of virtue and the vile and despicable convince us that they are saintly. Beneath the ready smile, there is often a heart of poison and a mind filled with the sharpest knives. Sometimes, the mask falls off by mistake, exposing the horror underneath.

Nevertheless, Covid-19 is ironically unmasking everyone.  The spectre of death forces one to look in the mirror and reflect on the journey of life. The fragility of life as we knew it has blown all covers. Each of us must ask, ‘what have I done?’ Many who do may find the most unpalatable answers echoing in their mind. They have resolved to do things differently.

There remain among us those who cannot cure themselves of the urge to lie, deceive, sling mud and destroy other people’s lives rather than doing something positive or useful for their fellow creatures. There are those among us who still seem to wake up every morning wondering how they can destroy people, exploit the weak, poison the earth and derive pleasure from such wanton acts of inhumanity. It is a habit that some people are finding it hard to discard, obviously.

If they found the humanity to do so, they would find the courage to deploy their energies, strengths and powers to uplift their fellow human beings or compensate for the hurt caused to the natural world,  whether by planting a tree or adopting a ‘do no harm’ lifestyle. There are good people in this world. There are ample examples of selflessness, generosity, empathy and compassion that have made a big difference in the lives of many.

History has shown however that nothing changes at the snap of a finger. People with inordinate reserves of venom and an insatiable thirst for vindictiveness do not change overnight. It is unwise to expect miracles.

There will be those who can truly say ‘I have not consciously harmed anyone and have never once gained pleasure or profited from insulting or seeing someone being insulted.’ There are also those who simply cannot make such claims. They know who they are. Cosseted in their homes, they must now wonder ‘what retribution awaits me for the grievous harm I’ve done to others, for betraying trust, for being an ingratiate and for rank dishonesty?’

It is never too late to turn over a new leaf. With our inactivity, the earth has begun to do just that. People can correct themselves too. We have all experienced and benefited from friendship, loyalty and affection. These are among the things that make life interesting and happy. Every crisis yields an opportunity, a chance to be better, or to take a further step, to be the best we can be.

In the end, we will discover who we really are. We will also realize who  true friends are. Everyone will be judged whether they like it or not.

Those who survive to tell the tale, hopefully, would have a sober and positive narrative to articulate. My own hope is that history will record that human beings learned a lot about the earth, about life and about themselves after Covid-19, especially the folly of their ways as a species and as individuals. Hopefully, historians will recount how the good hearted prevailed over the vicious and the vicious mended their ways or were shunned by society at large.

The key word is hope. If diminished is what we are today, then enlightened is what we want to be tomorrow.  The human species is not all bad. We have been resilient. We have shown that we can be humble. We can be generous and caring. We have moments of kindness and compassion. We can embody all these qualities more than any other species that has walked this earth. That is why they are called ‘human’ qualities.

There can be no rationalizing the loss of so many hundreds of thousands of lives from Covid-19, and the countless others whom the pandemic has left impoverished and hopeless. Anyone who believes that they have not lost something or someone significant in the last few months may soon be in for a reality check. The question is how we will move forward, as societies and individuals, to transform our lives and recover. After Covid-19, if humanity once again shuns the decent and gives pride of place to the indecent, if we look to those who seek to divide us rather than unite us, our species will not last much longer on this earth.

The path we must choose is a different one. Every one of us will have a responsibility to change how we live our lives, to look to the decent and dignified for guidance and leadership and to cast out those among us who try to capitalize on the agony of the pandemic to pursue their own interests and vendettas. It is only by reaching across every chasm of division, demonstrating empathy and reconnecting with one another that each of us, our societies and our countries will find a way to survive and thrive in the world to come. Mother nature was quick to adapt and start healing no sooner we stopped polluting her planet. Let us follow her example by expunging the pollution from within our own inner natures.
Krishantha Prasad Cooray