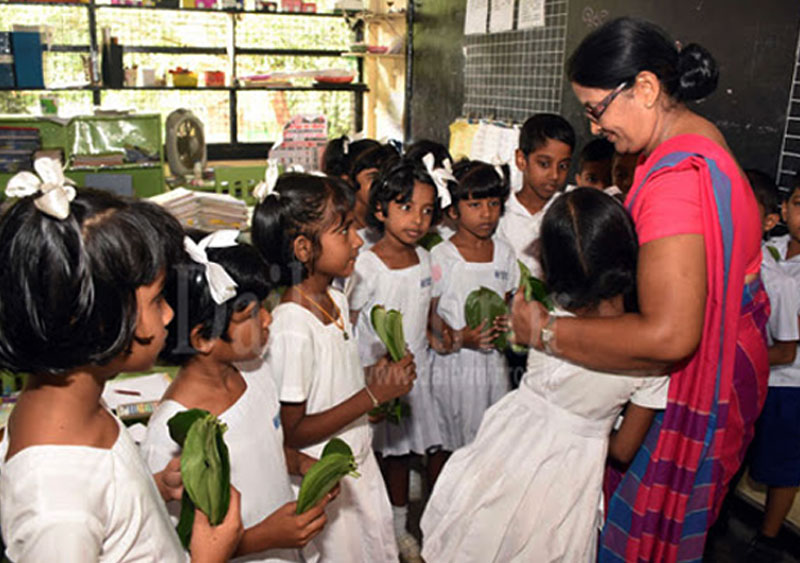 On Saturday 11 April, news channels and websites broke the unexpected “news” that the State run Daily News reported as, “All Government Schools will reopen for the second
term on May 11 (Monday), the President's Media Division (PMD) announced. The decision was taken considering the safety of students as the country continues to combat the COVID-19.” There were also reports to the effect, universities would re-open on the same date, but on a staggered basis as decided by university Senates.

Those in power always calculate to stay in power, with more power. In Opposition, they scheme and manipulate to gain power. That in fact is how all political leaderships behave. The UNP and its clone the SJB remain exceptions to it. The leadership of this caretaker government had been contemplating on how best they could justify holding elections for a new parliament to establish themselves as a stable elected government. With COVID-19 bringing the whole country along with the whole world to a virtual standstill, holding elections need a society that returns to normal life. Reopening of schools basically provides for such social mood, seems the “rationale”.

What is the Exit Strategy?
Decision to re-open schools and universities cannot be spoken of as “another decision” that proves we are getting better. This decision has to be spoken of as one in the “Exit Strategy” (ES) that Dr. Anil Jasinghe said would be implemented towards end April.
Programme limited to just announcements?
According to the Health Ministry Epidemiology Unit, on 11 April when the announcement was made about reopening of schools the total number of COVID-19 confirmed cases in the island were 197. Three days later, on 14 April night, confirmed number of cases reported had climbed to 233, an increase of 36 and perhaps a spike.

On 11 April itself, Ja-ela police division was locked down with Gampaha district borders closed for any movement in and out of Gampaha. First person tested positive in Suduwella, Ja-ela was said to be a drug peddler. Police arrested 28 of his contacts and sent them for quarantine in Oluvil. Six of them were tested positive. Their contacts are being traced now. New villages seem to be adding on with lockdowns.

With no declared programme for COVID-19 prevention, Peopled are asked to trust or rather believe what is being announced by the PMD, the police and military sources. Dr. Jasinghe as Director General, Health Services has been careful with his announcements and explanations. Attempts at carefully selecting information for public consumption has left conflicting information in public domain.
A country that carries a minimal amount of testing in the world 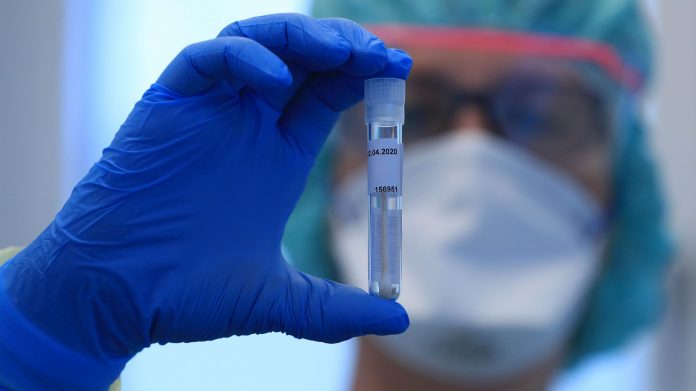 On 22 March, health authorities received in Colombo an additional 5,000 test kits donated by Singapore based Temasek Foundation. Yet, only around 200 plus are tested in a day and the GMOA claims the Health ministry is obstructing increasing testing for COVID-19 virus.
Contradiction in the Prime Minister's statement

PM Rajapaksa addressing the Nation on 07 April said they have established 40 quarantine centres, while all available health authority sources have so far mentioned only 18 such centres. Perhaps there are three or four kept for exclusive use. The gap is yet too much to be closed.

All these confusing and conflicting statements and explanations come, first in the absence of detailed official updates with changes and improvements to a declared plan if any and with no justifications. Second, they are doled out in a society that is in “sleeping mode” for well over 02 weeks and therefore has nothing “new” happening to be reported as “news”. In such an unseen and “masked” chaos, most that need to be publicly discussed are not discussed, and those that should not be exaggerated are exaggerated.

Until a vaccine is announced...
Despite all that, it is an undisputed fact that COVID-19 cannot be completely eradicated until a vaccine comes to the market. The WHO says in its 13 April (2020) public statement, “Collaboration on COVID-19 vaccine development” they are co-ordinating “a group of experts with diverse backgrounds (is) working towards the development of vaccines against COVID-19”.
This group consisting of scientists, physicians, funders and manufacturers issuing a joint statement carried by the WHO says, “While a vaccine for general use takes time to develop, a vaccine may ultimately be instrumental in controlling this worldwide pandemic.”
Switching towards an Exit Strategy Thus, the only option till a vaccine comes in the market is to “control” the spread. Controlling at some point needs an “Exit Strategy” (ES) to limp back to normal life, even partially. Two of the three ES commonly discussed are fundamentally abstract formulations that no democratic society would want to adopt. One, to allow the spread of the virus for people to develop a natural immunity to the virus. They call it “developing herd immunity”. This obviously leaves over 30 to 40 percent of the society at a major, unbearable risk with massive burdens on curative health services.

The next is to adopt the first after segregating and alienating those over 60 years of age considered the most vulnerable in society and children/adults with other ailments that could make them vulnerable too. Others in society as adults are allowed to continue life as they did. This too is about “herd immunity” with vulnerable sections locked away.
The question is, “how many deaths can be anticipated among those between 16 to 60 years if this second option is adopted?” In Malaysia, Dato Dr. Amar-Singh HSS and Datin Dr. Lim Swee IM guestimates around 50,000 deaths (Borneo Post / 31 March 2020). Not worth the effort they believe.

Basics of this third option is, (1) very strict social (that’s physical) distancing as a new lifestyle (2) keeping hands off surfaces as much as possible and keeping them always washed and clean in daily life (3) using a face mask made a habit (4) develop and train rapid response COVID-19 prevention teams in local areas (5) improving and increasing capacity for mass testing at local level (6) tracing of contacts made very effective and using appropriate technology to enhance tracing capacities (7) incoming travellers to be accommodated in a special quarantined facility in the airport and screened before they exit. These are often brought with lockdowns and in Sri Lanka with unending curfew.

Re-opening schools and universities
With no clear ES programme announced, allowing schools and universities to function, would make social (physical) distancing a mere farce. Class rooms and lecture halls in Sri Lanka are the last place that can allow for “social distancing”.
Then with public commuter services necessary for schools to reopen, “(1) very strict social (that’s physical) distancing as a new lifestyle and (2) keeping hands off surfaces as much as possible and keeping them always washed and clean in daily life” would never be effectively ensured. They lack space and comfort for any social distancing.
Facilitating transportation of school children

A bigger issue is that of children who travel from distant places to popular schools in big cities including Colombo. With Sri Lanka’s biggest fraud publicly endorsed, Grade I school admissions over decades have created a school transport service that brings thousands of school children in vans and buses to the City on a daily basis. Big city schools cannot reopen without this school transport service in place.

Parents also move around picking and dropping children to schools in their own vehicles. In big cities there is also a huge catering service providing children’s breakfast without which, parents cannot manage sending children to schools. “Day-care centres” are also important and unavoidable with primary grades reopened.
In short, re-opening of schools with a guarantee that “The decision was taken considering the safety of students” has no validity. Re-opening of schools is not simply about children going to school. It involves over 240,000 teachers. It involves parents, zonal education office staff, unaccounted number of bus drivers and conductors, day-care centre staff that may count a million or more adults.
This would lead to a total breakdown of the most important basic preventive measures thus creating the possibility of a second wave, that could be more severe than this first round still counting numbers each new day.
14 day mandatory quarantine period
There are serious new doubts too about the “14 day quarantine” period. A “returnee” from South Korean employment sent direct to Kandakadu for the 14 day mandatory quarantine returned home with a “certificate of clearance”, to be tested positive 02 days later.
Another in Dehiwala was tested positive 12 days after his mandatory quarantine of 14 days. One day ago, it was reported of those in quarantine, 15 had been confirmed positive with 07 of them identified as those who had been in contact with the Pastor from Switzerland who visited Jaffna. What is important is that these “contacts” were 21 and more days ago. One is almost a month late making the 14 day quarantine wholly inadequate in safe controlling of the spread.
China, South Korea and even Italy is also facing this dilemma. Grappling with a possible second wave of COVID-19 outbreak, Chinese authorities have clamped a “28 day mandatory quarantine” for all Chinese citizens from Russia entering through Suifenhe and Harbin to Heilongjian province.
Can this “14 day quarantine” be accepted as adequate and safe now? These new complications and the fact schools and universities can seriously increase risk, does not allow schools to be re-opened on May 11 as announced.
Teachers and parents will have to take up this issue collectively and soon with the authorities. There is no rationale behind re-opening of schools right now.
Kusal Perera