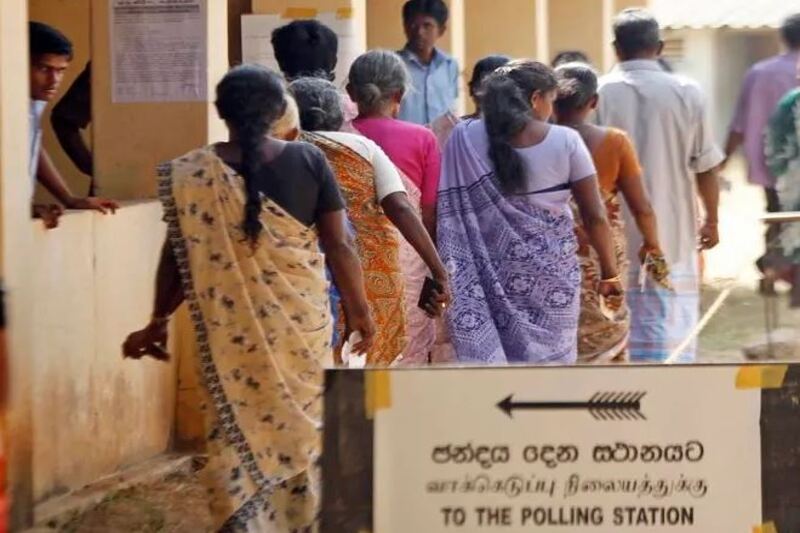 Can an election unite Sri Lanka? This would be what some groups would have the citizens of the country believe. But the question that needs answering is what has led to the divisions in the country?

Last year saw the 'Aragalaya' lead to Gotabaya Rajapaksa fleeing the country and subsequently resign while hiding overseas. However, this was not before a MP was killed by a mob, another brutally attacked, several dozen houses burnt down, the President's and Prime Minister's offices and residence forcibly occupied and a pitched battle between members of hard-line groups and security forces outside Parliament.

At the height of the protests, the crowds numbered over 100,000. However, they were centered in Colombo. The rest of the country watched on, while they searched for fuel, gas and medicine, all of which were in great shortage. In fact, as the protesters grew more violent, with the burning of private houses, the public outside Colombo looked to distance themselves from the movement. It cannot be forgotten that while a 100,000 took to the streets in anger against the former President and his government, 6.9 million people voted for him and his party. It was an islandwide vote bank. Certainly, his supporters were angry with him, and it became difficult to identify those who voted for him with most choosing to remain silent.

Yet whether this translated into wanting to see a lawfully elected Government removed through assault, destruction of property and occupation of Government buildings is unclear. Certainly, the absence of unifying figure in the position of leadership points to the fact that the country did not know where they wanted to go post-Gota Rajapaksa.

Today, the greater public does not shy away from making it clear that they want nothing to do with politicians nor 'Aragalaya activists'. The country is in the midst of its worst economic crisis. While fuel and gas are easily available, the cost of food has sky-rocketed and medicine is still in short supply. Many people are closely watching whether this Government is capable of obtaining IMF support, with daily news reports on the progress of the discussions.

With the public suffering and the political class being rejected, will a Local Government election solve the country's crisis. Most citizens are unaware of their current Local Government (Pradeshiya Sabha) members. In the rural areas, these members are looked upon scornfully, accused of corruption and thuggery. With over 8,000 members for the entire country, the public will soon be burdened with financing the salaries and perks of a bloated political system.

With many political pundits predicting an election under the current circumstances yielding a voter turnout of less than 50%, it appears unlikely that any clear will emerge from these elections. The result will be hamstrung councils, public servants uncertain of who is in charge and an overall crippling of the public sector.

On the financial side, it is estimated that the election will cost in excess of Rs. 10 billion. With no viable benefits from an election at this stage, is it necessary to hold such an operation?

Back in 2015, the Local Government Elections were postponed for up to 3 years, finally being held in 2018. On that occasion, with the economy in a far better situation than it is today, there was little or no public outcry due the absence of the councils. In fact many of the public who had dealt with the councils during this period claimed they operated far better under the stewardship of a commissioner. With the government having now indicated that they are keen to reduce the number of LG members from 8,000 to 4,000, we need to asked whether a delay in the election to ensure a reduction in public expenditure can be achieved should be adopted.

Whatever the outcome, it appears less and less likely that an election which nobody wants, will unite an already fractured country.