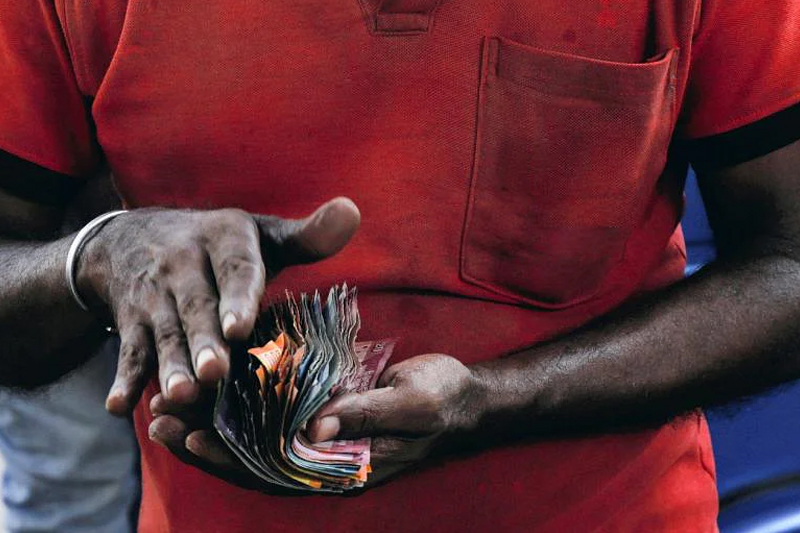 Soon after coming to power, Gotabaya Rajapaksa cut taxes. That led to a loss of state revenue at all levels.

Argument at the time was that it would benefit both the rich businessman and the average citizen. However, the average consumer gained nothing by the reduction of the indirect VAT from 15 to eight per cent. We heard nothing about a decrease in commodity prices either.

On the other hand, Gotabaya’s tax cut gave an additional advantage to the direct-tax paying rich businessman. The end-result was the doubling of the budget deficit to 12 pc.

The incumbent regime of Ranil Wickremesinghe intends to bring all those earning a monthly income of more than Rs. 100,000 under a direct tax. Many who voiced concerns about human rights and social justice when the Rajapaksas were in power are today giving various excuses to justify this proposed tax. The turning point in their arguments is nothing related to the tax itself - that it is either their political leadership or someone else that is imposing the tax.

Those who speak about social justice would have brought up various arguments in defence of the tax had it been Gotabaya Rajapaksa who is introducing it, but they are today speaking in its support because the father of the proposed tax is their leader named Ranil Wickremesinghe.

Most of their arguments belong to the category of ‘definition.’ Others are factually incorrect. For instance, a certain person who justifies the tax says it will not affect the 1.6 million public servants. That person sees that as being something positive. Apparently, it is illogical economically. Nevertheless, a scrutiny of the draft bill says nothing like that. Had that been correct, it would have been irrational and a gross violation of social justice (had that person meant that the number of public servants drawing a monthly income of Rs. 100,000 is insignificant, that too, is an incorrect assumption).

In addition to such wrong statistics, these so-called human rights activists and proponents of social justice explain it in a favourable light in complete disregard to tax principles on social justice and by using definitions of concealing nature.

For that, they have created their own yardsticks to support their claims. According to them, earners of a monthly income of Rs. 100,000 are the ‘middle class’ people. They see nothing wrong in the government levying a direct tax on them. One of them says a minimal amount of tax has to be paid by a middle class person with a monthly income of Rs. 100,000 under the proposed tax. Of what use a middle class that cannot pay such a minimal tax? he questions.

The password in use here is the term middle class. This social category gets various interpretations within various social contexts. In Marxism, it takes into account the economic as well as the political and social awareness aspects. Since those are irrelevant to our discussion, a simple explanation will suffice. Thus, the present day buying power of the Rupee can be taken as our basic yardstick. Buying power is the extent a particular currency has in securing a good or services. One can get an idea about that by the state of inflation at present. 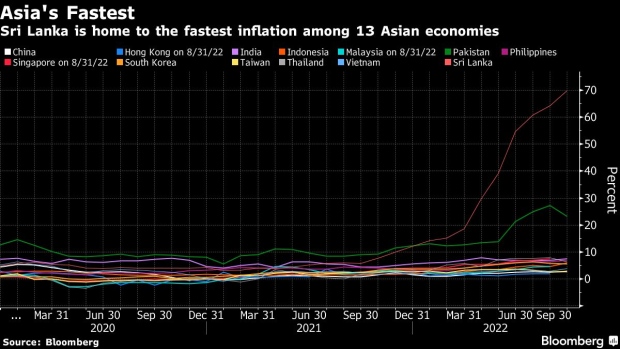 As per the CCPI, the average rate of inflation is 70 pc (consumers know the actual figure to be much higher). Anyhow, even at that rate, a Rs. 100 a year ago is worth only Rs. 30 today.

There is one important thing to remember. That is, there is a considerable qualitative difference between the inflations in economically developed countries and in Sri Lanka. That difference depends on the percentage of the monthly income that goes to buy food. In Sri Lanka, that has been estimated at 70 pc. Having to set aside such a high amount for that purpose is an ample portrayal of the country’s undeveloped nature.

I am stressing this point to highlight the fact that Sri Lankans could face a humanitarian issue due to high food inflation that is nonexistent in developed countries. To say it simply, our people could easily become victims of hunger and malnutrition. Therefore, makers of tax policy should take that into consideration when levying taxes. 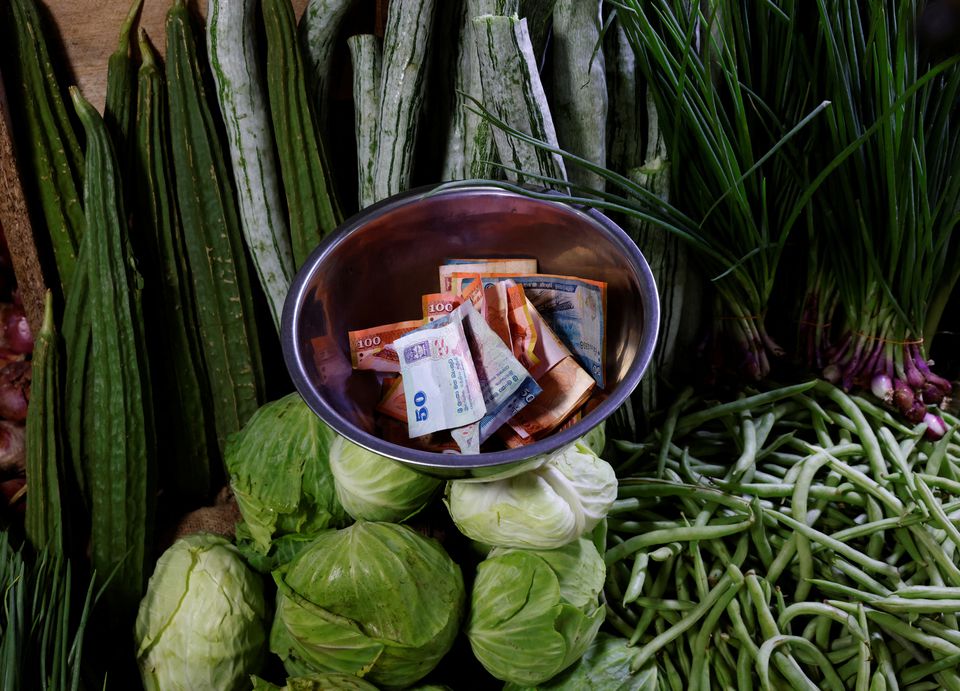 Forget general inflation. Government statistics put the current food inflation at 94 pc (here too, people know the actual figure to be much higher). Anyhow, the gist of it is that the worth of Rs. 100 spent on food a year ago has declined to Rs. six today.

The ultimate outcome of this was revealed in a recently-conducted survey of the ICRC. It showed that 80 pc of Sri Lankan families cannot afford nutritional foods. Among them, 11 pc no longer consume meat, fish and eggs. Another report says three out of every 10 in the population suffer from malnutrition.

A beggar too, is a ‘Lakshapathiya’ today

‘Lakshapathiya,’ a person who earns Rs. 100,000 is today no longer the rich person whom we used to know in the past. Even the one who begs on the streets earns Rs. 100,000. Leaving alone leading a life of luxury, a family of four or five members needs at least Rs. 100,000 a month for food and other essential expenses.

Therefore, hiding behind the old-time talk of the middle class or the ‘Lakshapathiya’ and justifying high taxes is pure deception to say the least.

Another side of this matter is that direct taxes are levied on those who are affluent. Indirect taxes are imposed on all citizens alike in the form of taxes on goods and services. The ratio between direct taxes and indirect taxes differs from country to country. In Sri Lanka, that stands at 20 to 80. Which means, 20 pc of the state’s total tax revenue is earned via direct taxes from the rich. Eighty pc is the ratio of indirect taxes imposed on goods and services consumed by all citizens. For a long time, progressive elements in this country have been calling for a change in this ratio in the name of social justice. They want a certain increase in the direct taxes charged from a rich minority and a certain reduction in the indirect taxes charged from the others, who are a majority. Their recommendation was a ratio of 35 to 65. Ranil Wickremesinghe and Mangala Samaraweera were among the proponents of this idea.

As pointed out in the beginning, there is no argument that Gotabaya’s tax policy should be corrected. When doing so, sensitivity is called for on behalf of those who suffered from his wrong tax policy.

To do that, the simplest method would be by taking a look into the citizen’s actual ability to pay taxes in the present context. A family that earns a monthly income of Rs. 100,000 has to pay very high indirect taxes (even for onions, a kilo of sugar). Any such family will tell us that imposing an income tax additionally instead, is no longer feasible from the aspect of their economic abilities, leaving alone the matter of social justice.

Think about the other side of the coin too

It is not meant by all these that the poor should be exempt from all the direct taxes and that the rich should be levied taxes in a manipulative manner. On one hand, the direct (income) tax threshold should be brought to a bearable level for the have-nots, but only after bringing the management of the income and the expenditure of the state on the proper path on the other. 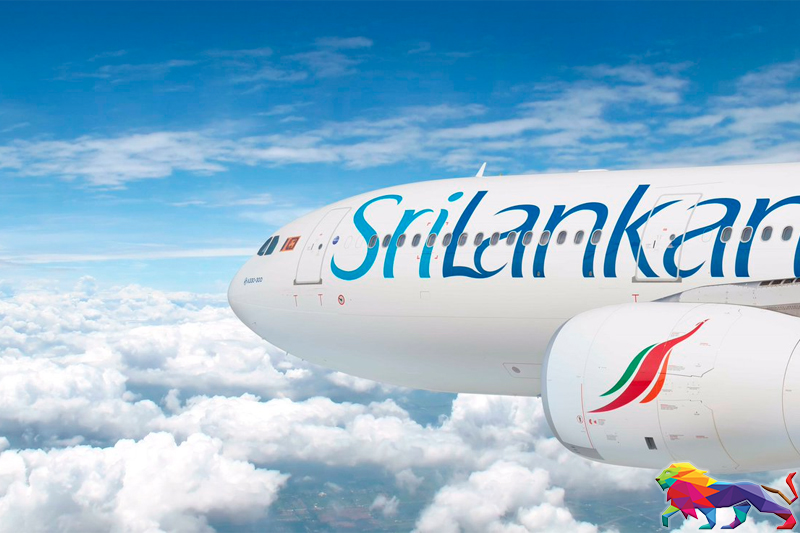 # Before levying taxes on the have-nots, there is a need to minimize unnecessary state expenditure (Why should the have-nots pay taxes for the maintenance of the SriLankan Airlines that incurs billions in losses each year?)

# Wastage in the state sector should end (Why should the have-nots pay taxes for the maintenance of a military that is much bigger than England’s?)

# Corruption in the state sector and by politicians should be minimized ((Why should the have-nots pay taxes to cover the Rs. 26 billion instant tax relief granted by Mahinda Rajapaksa to a single businessman by cutting import taxes on sugar and coconut oil?)

# Finally, holes in the tax net for big fish to evade paying their taxes should be blocked completely (Dhammika Perera decided to pay his Rs. 1,000 million of defaulted taxes only after accepting a ministerial portfolio)

I will spend money even for a child of mine only if it is clear that that money will be spent for the child’s benefit. Citizens too, should similarly have that expectation when paying income tax. It is only then that none of them think that the tax charged from him by the state is not a punishment imposed on him.

Writer & political analyst
This email address is being protected from spambots. You need JavaScript enabled to view it.

(Source: English translation of an article on Anidda newspaper)