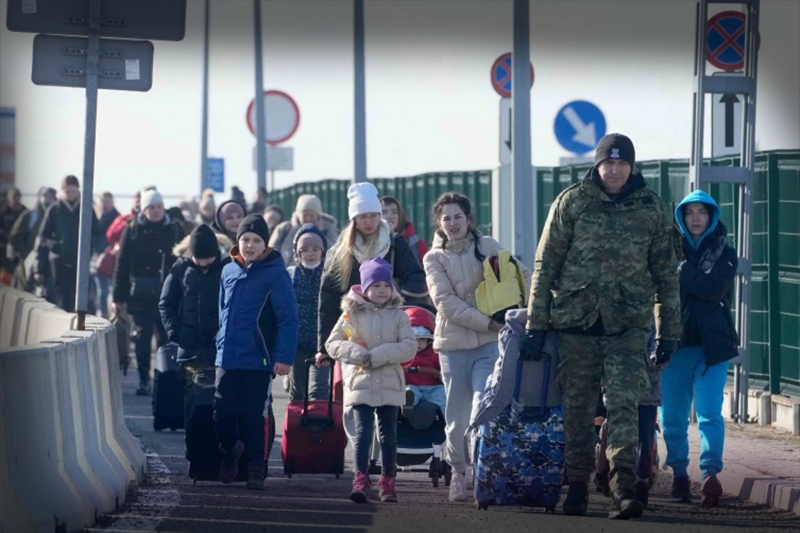 Positions must be derived from principles. What should be Sri Lanka’s position on the invasion of Ukraine by Russia? What lesson does past practice hold for us?

In 1971, the military and the power holders in West Pakistan refused to accept the results of a democratic election and unleashed repression in Bangladesh, then known as East Pakistan.

On the 26th of March 1971, Sheikh Mujibur, the leader of the Awami League which had won the election, declared the independence of Bangladesh and was arrested.

India sympathized with the people of erstwhile East Pakistan and refused to allow overflight by Pakistani military aircraft. They came around India, refueled in Colombo, and proceeded to Dhaka. We were tacit supporters of the violent repression in Bangladesh.

Resistance to the repression by the Pakistan military received support from India. India entered the war in December 1971. Over 90,000 Pakistani troops surrendered.

Many in Sri Lanka supported the people of Bangladesh. I recall protests in the streets of Colombo. But the government headed by Mrs Bandaranaike held firm in its position that what was going on in East Pakistan was an internal matter.

Sri Lanka did not recognize Bangladesh as a sovereign nation until March of 1972, well after all the other neighbors and pretty much all of Europe.

The vaunted friendship between the Nehru-Gandhi family and the Bandaranaikes did not affect Sri Lanka’s position.

What was the principle behind Mrs Bandaranaike’s position? It was the absolute value placed on the territorial integrity and political independence of Member States by the UN Charter.

According to the then government of Sri Lanka, no one had the right to interfere in an internal matter within Pakistan. India had no right to violate the territorial integrity of Pakistan.

Strong self-interest lay behind the position. The existential threat to Sri Lanka was seen as coming from India. No precedent could be created that could support India’s support for Sri Lanka’s minorities and infringement of Sri Lanka’s territorial integrity.

I was 17 years old when all this happened. I strongly disagreed with what I thought of as my government’s amoral position. Later, I came to understand it.

It is easy to criticize the UN Charter and the many failures of the organization to realize its objectives.

Where was the UN Charter when Sri Lanka’s territorial integrity was violated by India in 1987, it can be asked? What good did Mrs Bandaranaike’s stance against the use of force do us?

Such criticisms are heard again now, as a country of 47 million that voluntarily gave up its nuclear weapons is being invaded by a military behemoth.

The UN Charter is imperfect. But it’s all that we have against the rule of force. It is not without power.

It is the reason India clothed its violation of Sri Lanka’s borders by claiming it was a humanitarian mission to deliver food to the people of Jaffna. It is why President Putin came up with some story about genocide to justify his invasion.

The UN Charter’s anchoring of the architecture of the international system in national states as the primary actors in international affairs sticks in the throats of many. But none of the critics have come up with a workable alternative.

I would prefer to live in a world without borders. I have no overwhelming affection for national sovereignty. But until we can come up with workable alternatives, I will support the existing architecture of international relations.

The rule of law is of greatest value to the weak. In the absence of international law, we will be at the mercy of the powerful.

President Putin may question the sovereignty of Ukraine, drawing from his favorite historical texts. But that fact is that Ukraine was a founding member of the United Nations from 1945 and is entitled to all the rights set out in the Charter.

One may have concerns about Ukraine’s level of corruption; or about the wisdom of it joining the European Union or NATO. But none of that justifies “the threat or use of force against the territorial integrity or political independence of any state, or in any other manner inconsistent with the Purposes of the United Nations.”

As a small country, we need the protection of the UN Charter. The principle of no threat or use of force must be safeguarded.

Sri Lanka’s position must be unequivocally against the invasion and for the withdrawal of Russian forces.

If we value our territorial integrity and political independence, we have no alternative but to stand with Ukraine.