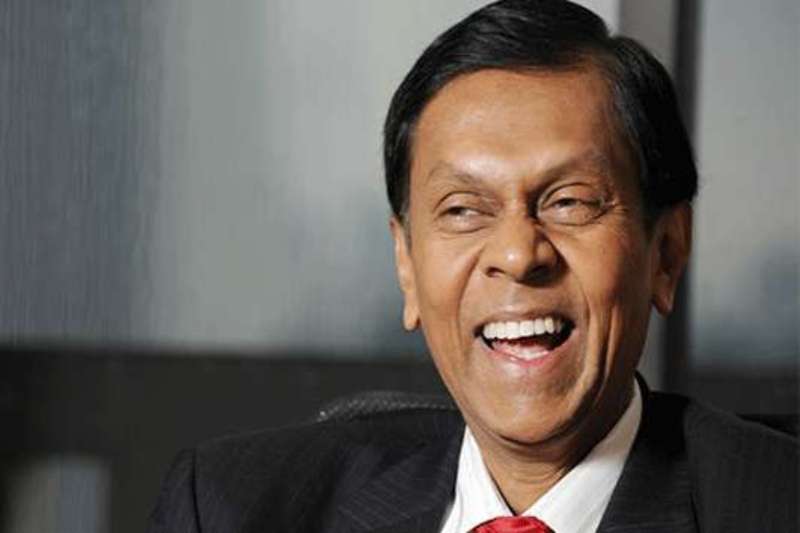 The Sunday Times must be commended for keeping the nation informed on how fast a politician changed course and got back to his previous seat ousting the incumbent. The man who did the bidding left ahead of time having got to know what was around the corner for him having observed that someone was at the door.

Having got back with a package tailored, claiming that he had the ability to turn things around with a new road map, he did not waste time to order to his credit, seven million as arrears of pension, which was ‘not’ a part of his earlier package before the issue got heated in the public domain. He manoeuvred and derived a benefit that was never paid to his predecessors as that position was not a pensionable appointment.

The Governor is appointed for a specified term by the head of state on terms agreed upon, and no pension was forthcoming since the appointment was a contract for a clearly defined period. It was evident that he accepted since what was offered financially plus the huge jump from the position of a hotel accountant to the prestigious position of Governor of the Central Bank was an achievement made possible by a politician who wielded unbridled power who needed a lackey who would do his bidding.

Cabraal having worked in the Central Bank since 2005 entered the political arena and was an appointed Member of Parliament and also a Minister. He played a pivotal role in matters of finance since his appointment in 2020. It is also an absolute truth that he was the guiding star to a Minister of Finance who had no clue on finance in 2005.

If people blame the then Minister for the many vanity projects which came up with borrowed money which is the principal cause for the balance of payments crisis, then a substantial portion of blame accrues to him too as it was his prime duty and responsibility to guide him on the state of the economy as the Governor of the Central Bank appreciating that he had no knowledge on matters relating to finance. 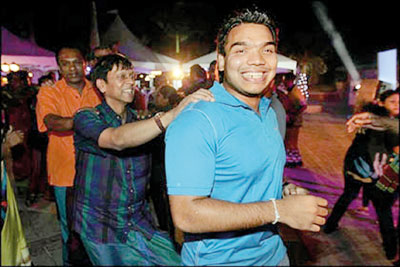 Namal Rajapaksa, together with other Sri Lankan delegation members, including the then Central Bank Governor Nivard Cabraal dancing to Baila music the night before they presented their Commonwealth Games bid in the Caribbean nation of St. Kitts and Nevis in November 2011. PIC Credit: Sunday Times

The public will recall the infamous bid to host the Commonwealth Games, where a 250 strong battalion in a special SriLankan Airlines craft under his baton went to the Windies to secure the rights. Australia saved us from disaster with a team of 10 since they selected them.

Back to pensions, he did not forget his predecessor too, who served for two years who exited ahead of time. It’s an incontrovertible fact that he, with another economist advising, brought in an academic with no hands-on experience and printed money. What happened needs no amplification since the people are going through difficulties never known before.

Cabraal convinced his patron saints that he had a road map for recovery and returned with the map with all publicity, however it’s clearly evident that the map had to be rolled back as it was a dead failure as rating agencies downgraded us further.

Rating agencies like Fitch do not rate according to the whims and fancies of countries but do so in line with accepted criteria as prospective investors are guided by such assessments.

The swap arrangements will not pull us out of the mess we are in and he is opposed to reaching the IMF as he is well-aware that he will not be there once arrangements get finalised.

He continues in the hot seat having collected undue arrears in double quick time when the fortunes of the poor man had plummeted beyond never known levels before. Yes, with emphasis the vast majority in all sectors are having time bombs within where some have died and many suffered lot of damage and the poor are at starvation level.

How many mouths could have been fed or how many small-time business establishments could have got activated to get the economy moving with seven million? What is the morality for Cabraal to abuse his position and gain undue advantages when he is equally responsible for the monumental disaster looming large?

To the best of my knowledge, no Governor sought or drew a pension. It was said that he had sent such a proposal to the much-respected Dr. Indrajith Coomaraswamy but could not obtain traction and the matter ended there. He served as a true professional much respected and left with dignity and self-respect intact since he did not wish to be a political lackey.

The functions of the Central Bank which was created with the passage of the Monetary Law Act had as its first Governor John Exter, an American citizen.

While recommending as Consultant the establishment of a Central Bank, he had said that a Central Bank influences the economic life of a nation principally by monetary action through its control of money. How the meagre resources of the country post-2005 was wasted is widely known and needs no amplification. A glaring example was the US jailing of Zuberi by the US government while the man who paid has got back to his old seat.

It is also the practice world over for a Governor not to dabble in politics and from afar observe how governments handle the economy and guide the rulers to get back on track if they are off course.

Many men of integrity and repute like Dr. Manmohan Singh entered the theatre to contribute to the growth of economic activity on invitation of the then rulers since they were aware of the vast experience and knowledge he possessed in his chosen field.

He had also said that if the economy was not handled properly one must expect with the passage of time to take rupees in a wheelbarrow to buy bread. The day is not far for that prediction to come true.

It is indeed a tragedy that this much-respected institution changed direction after 2005, which certainly does not portend well for the advancement of the country.

I request him in the name of the starving millions to refund the seven million post haste as that will go a long way as there is a shortage of rupees too.

There is no pillow as soft as a clear conscience.