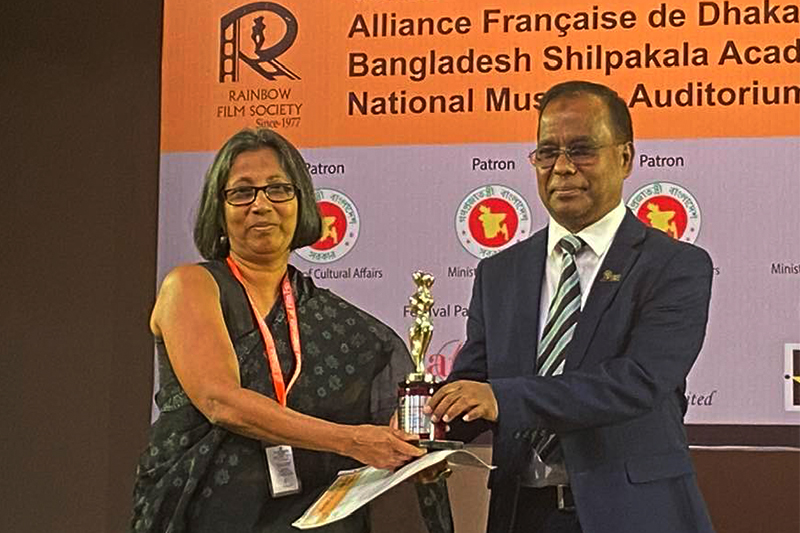 Anoma Rajakaruna has won the award for the best documentary in the women’s category at the 21st Dhaka International Film Festival for her film based on the life of the late prime minister Sirimavo Bandaranaike.

The bilingual ‘Our Mother, Grand Mother, Prime minister Sirimavo’ was produced in 2016 to coincide with her birth centenary and was released early this year.

Rajakaruna, who returned home yesterday (23) with the award was received at the Katunayake airport by State Film Corporation officials. 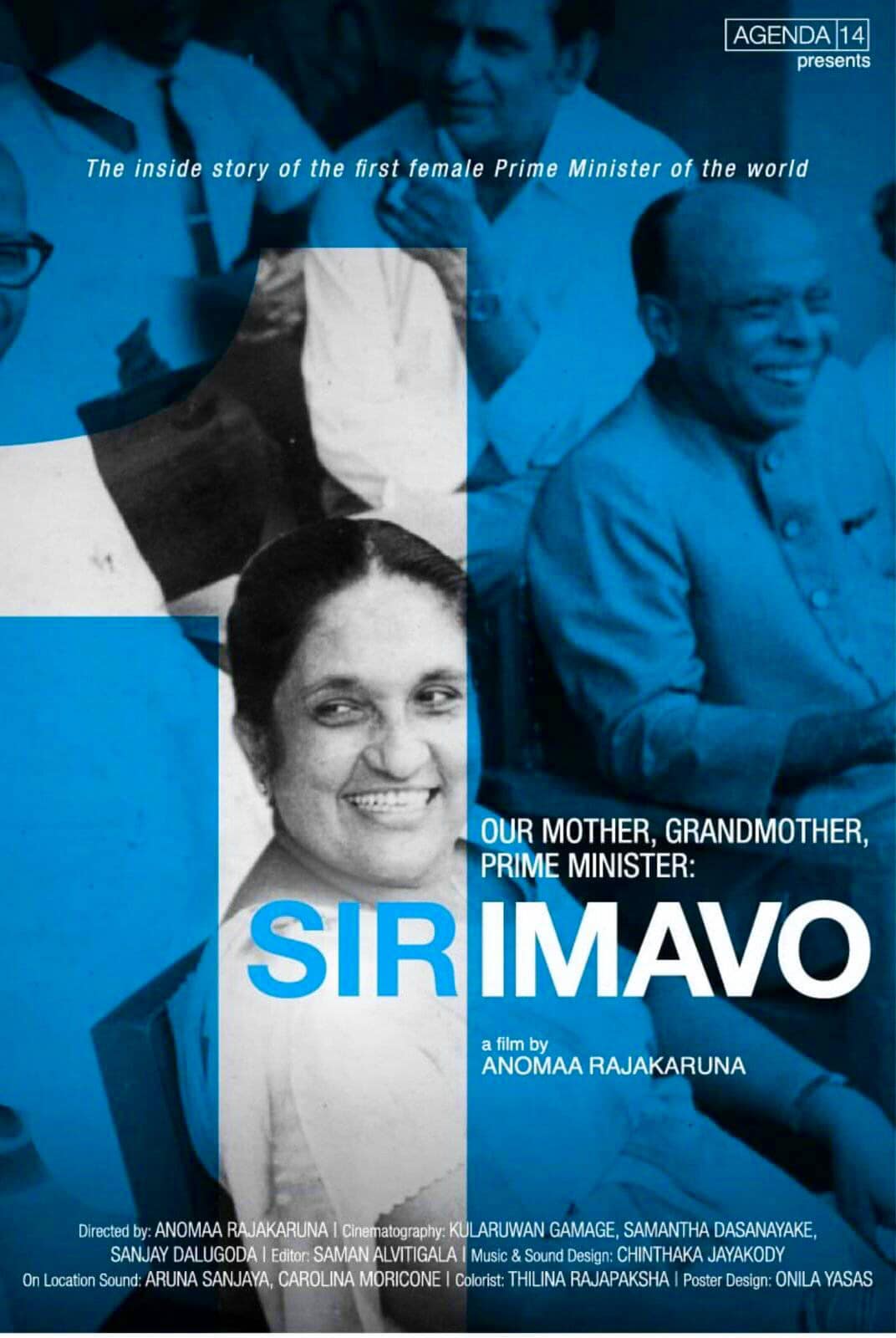 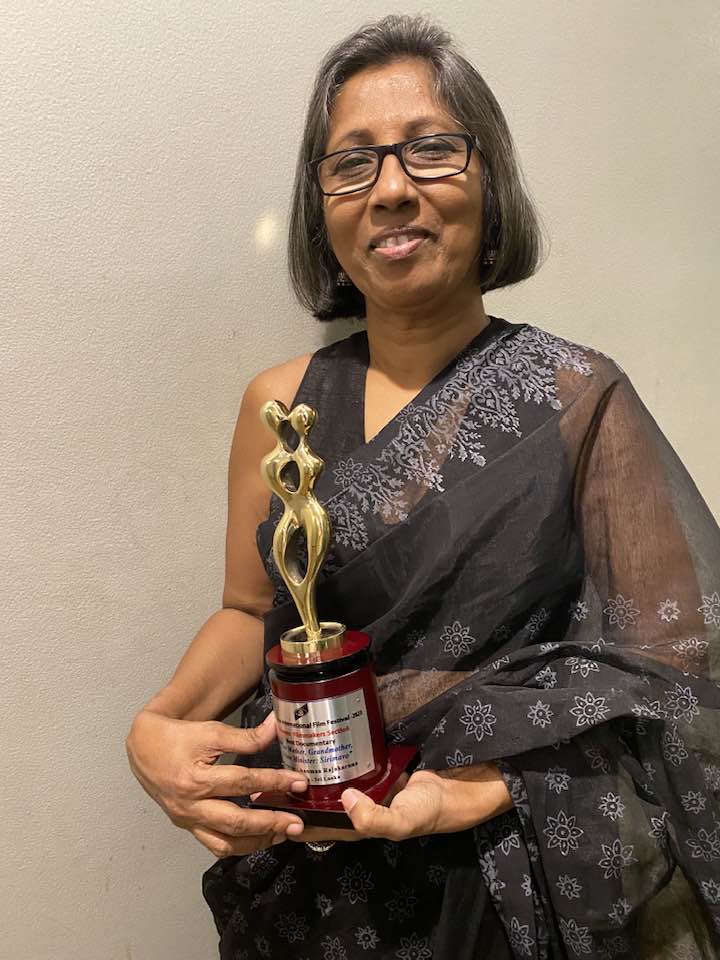 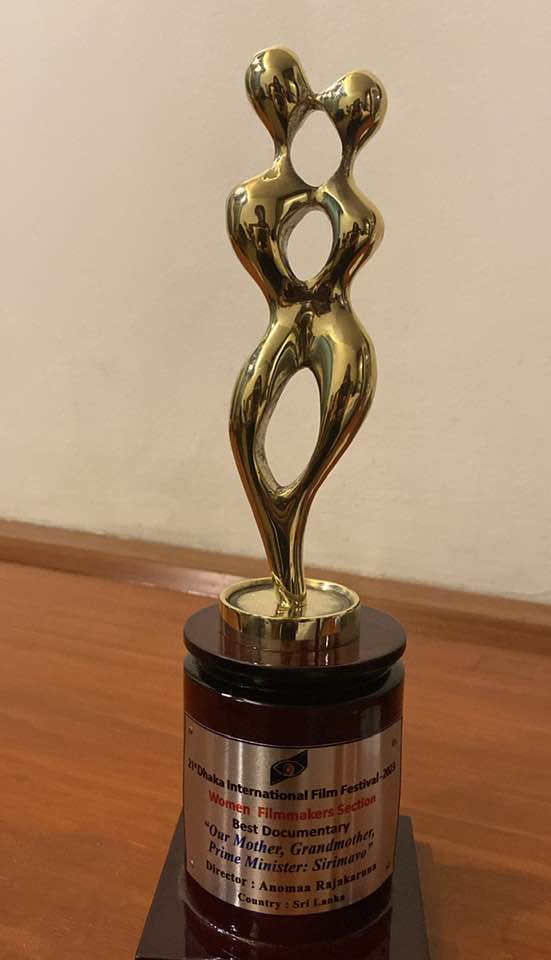