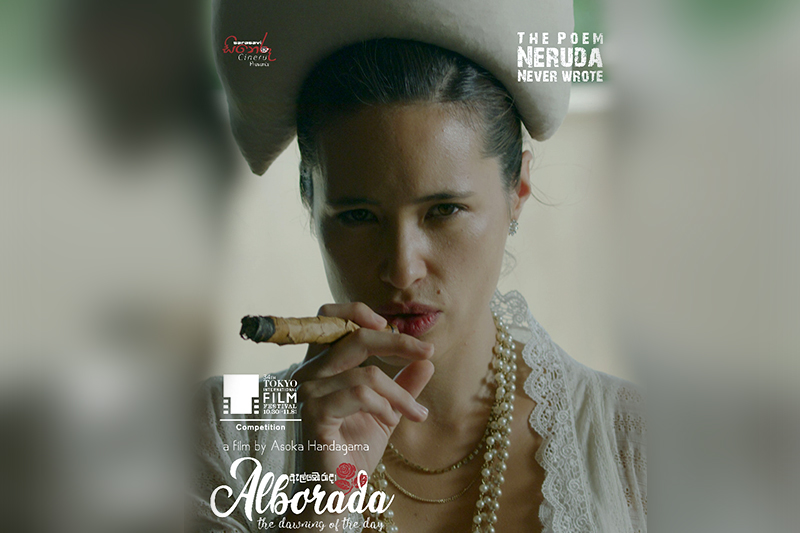 Asoka Handagama’s latest film ‘Alborada’ or ‘Dawning of the Day’ will be in cinemas from February 14th.

The film drew the attention of international critics and audiences when it had its world premiere at the 34th Tokyo International Film Festival.

The film is based on an incident that took place in Ceylon in 1929-31 when the Chilean poet known as the ‘poet of love’, Pablo Neruda served as the honorary consul of Chile.

After reading a review of Alborada published in El Mostrador, the most widely read Chilean online magazine, world renowned writer Isabel Allende had commented to the reviewer Eda Cleary, a socio-political writer ;

“Fascinating what you say about the film and its analysis of the toxicity of patriarchy, which is now finally being challenged. The ultimate goal of feminism is to replace patriarchy with a more just, egalitarian and kinder civilisation. I think it's important to take the idols down from their pedestals, because they are flawed people, as we all are, but you can't cancel their work. If we are going to destroy the work of poets, because they were sinners, we should also destroy the work of scientists, politicians, generals, inventors, musicians and so on. There would be nothing left." – Isable Allende.

A special discount of 20 percent from Sarasavi Bookshop, will be provided to those who watch Alborada within the first ten days from the release in any of the cinemas.